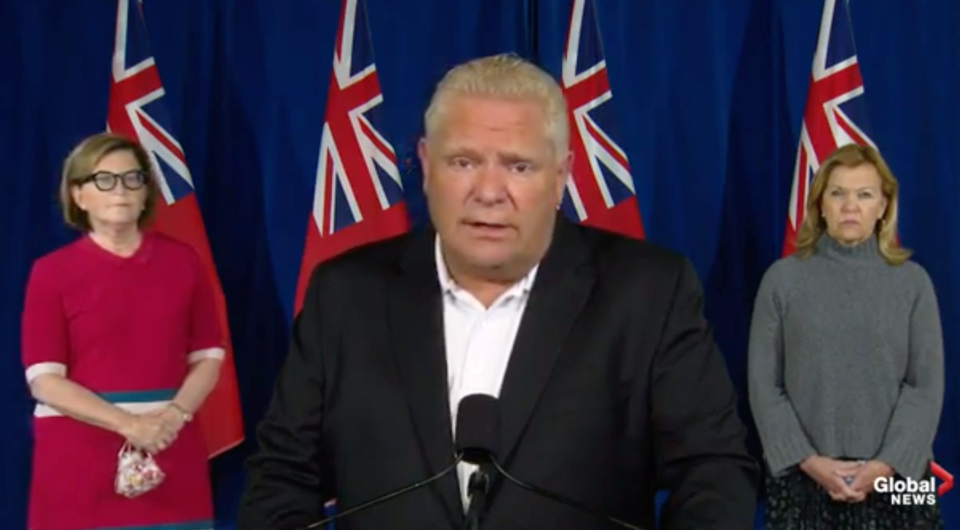 Today the provincial government has lowered social gathering sizes for every region in Ontario.

He said any informal social gatherings anywhere in Ontario now may not exceed 10 people indoors and 25 people outdoors. This does not apply to commercial facilities such as event spaces, gyms, and church gatherings.

There will be a fine of at least $10,000 for anyone organizing an informal gathering over the new limits, and people attending such gatherings can also be "slapped" with a $750 fine.

"This is geared to the wild parties out there ... it's a deterrent," said Ford.

On Thursday, Ford announced limits to informal gatherings in certain "hot spots" in the province. Today, the order extends to every region in Ontario.

"People are not clear what it means to have a social gathering," said Yaffe, reminding the public they should still be wearing a mask and keeping their distance at any social gathering with anyone outside their exclusive social circle.

"Folks, we can't have these wild parties right now, it's just way too risky," said Ford. "We have to keep physical distance and we have to keep vigilant."

Ontario Health Minister Christine Elliott said the government is doing what it feels is necessary to protect the public.