2015 budget documents presented to city council Monday show a 4.6 percent tax increase on the horizon for Sault Ste. Marie taxpayers. That figure, however, is only preliminary. Budget documents show the 4.6 percent figure comes from a 1.
Jan 26, 2015 11:06 PM By: Darren Taylor 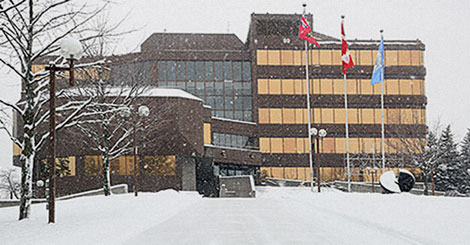 That figure, however, is only preliminary.

Budget documents show the 4.6 percent figure comes from a 1.4 percent increase in the cost of providing services, a 5.8 decrease in Ontario Municipal Partnership Fund (OMPF) money and the use of $2,150,055 in surplus money to bring the levy down to zero in last year's budget.

The 4.6 percent figure will be tweaked after the District of Sault Ste. Marie Social Services Administration Board (DSSAB) levy and Algoma Public Health levy are received, as well as surplus information and other factors taken into consideration.

Council is expected to approve the final budget April 20 and 21.

Shelley Schell, the city finance department's manager of finance and budgets, in a presentation to council, said salaries make up 48.2 percent of the city's $185.6 million budget.

59.5 percent of the the city's operating costs will be paid for through property taxes, another 26 percent through user fees.

Among increases in this year's operating costs are $753,000 for street lighting and a $100,000 increase in city insurance premiums.

As usual, staff is recommending 2014 surplus money not be used to keep this year's taxes down.

Ward 1 Councillor Steve Butland disagreed, saying any surplus should be used to provide relief for taxpayers.

Mayor Christian Provenzano reminded council Monday's budget report was preliminary, and that final numbers will be reached in April.

Meanwhile, council discussed the matter of gathering public input in the budget process.

Noting that 2005 was the last year in which taxpayers were asked, by survey, to rank the city services they value most to assist staff prepare a city budget, a finance department report proposed choosing the status quo of holding two or three public input meetings and inviting written submissions from taxpayers, post an online questionnaire, or use the services of a research firm to gather taxpayer input.

The staff report found the usual holding of public input meetings was inexpensive but attendance was usually poor (five to 15 people), with less than 20 written submissions.

Technology is in place for an online survey, which can be done inexpensively, but such surveys are not truly representative of the greater taxpayer population and not easy for the "less technologically savvy" to use, the report stated.

Ward Two Councillor Susan Myers, who initiated the call for a survey in November, said options one and three were not appropriate and an online survey should be used.

Ward Three Councillor Matthew Shoemaker said "I would encourage everyone to send their input in…we need to bring the levy down as much as we can."

It was resolved a software tool used by the city of Mississauga be considered for use in gathering public input for the budget by council's finance committee.