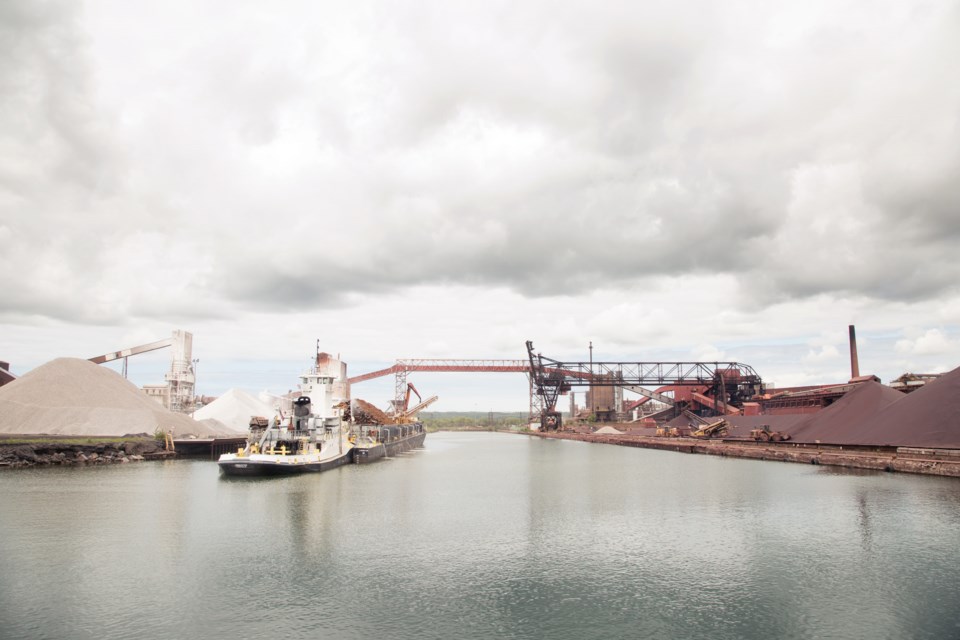 But today's bid to force Port of Algoma into receivership is just a necessary step to getting Sault Ste. Marie steelmaking back on its feet, Mayor Christian Provenzano tells SooToday.

"This should not be seen as a wrinkle in the legal process," the mayor told us tonight.

"It's part of the legal matter of wrapping things up" for Essar Steel Algoma Inc., which as of Nov. 9, will have been under protection from its creditors for three years, Provenzano said.

Those involved in Essar Algoma's Companies’ Creditors Arrangement Act file are racing to get new owners in place at the Sault steelmaker by the end of this monrh.

Putting the port into receivership is "one of the steps they've decided they need to take" to get ownership of the the Sault docks transferred to a subsidiary of the new owners to be known as Algoma Docks GP Inc., the mayor said.

As SooToday reported this morning. two major lenders to the port are petitioning a Toronto judge to appoint a receiver to take control of all assets, undertakings and properties necessary to the port's business.

GIP Primus LP and Brightwood Loan Services LLC say they are owed US$198 million in accrued principal and interest and hold a first security interest in Port of Algoma's assets.

Port of Algoma Inc. is 99 per cent owned by Essar Algoma's former ultimate parent company (Essar Global Fund Ltd.) and one per cent by the City of Sault Ste. Marie.

GIP Primus supplied the lion's share of a US$150 million term loan that allowed Port of Algoma to acquire Essar's Sault Ste. Marie dock in November 2014.

GIP and Brightwood's intentions for the port are laid out in a court document filed earlier this week: "In the event... that a consensual agreement is not reached with Essar Global Fund Ltd., the lenders to the port make this application for the appointment of a receiver for the limited purpose of executing the necessary documents to effect the transfer of the port and in order to obtain a vesting order to vest the port assets to the port subsidiary."

The application to place Port of Algoma under receivership is supported by the steel mill, the court-appointed monitor and the consenting creditors who intend to acquire the steel mill's assets.