Port of Algoma is still a go. Apparently

Notwithstanding the new federal government and the difficulties at Essar Steel Algoma, the bid to establish a world-class, deep-water Port of Algoma is still very much alive. 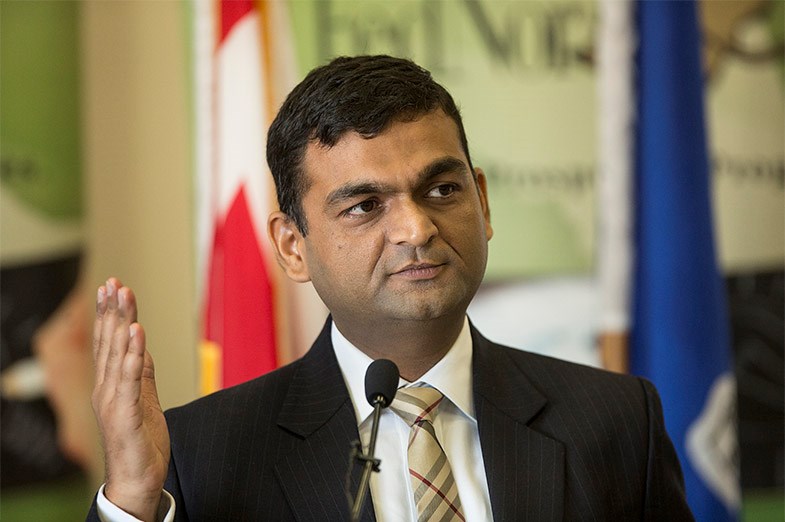 Notwithstanding the new federal government and the difficulties at Essar Steel Algoma, the bid to establish a world-class, deep-water Port of Algoma is still very much alive.

Dwivedi asked for, and received, extensions on the timelines for the first two phases of the local port initiative.

The $3.1-million first phase, originally expected to be completed by the end of last month, may now continue until March 31, 2016.

The $1.2 million second phase, which will be approved only if other partners (provincial and federal government, private sector and others) agree to fund construction of the expanded harbour, has been advanced six months with a new completion date of September 30, 2016.
The plan is to have a "shovel-ready" $120-to-$150-million project ready for presentation to the New Building Canada Fund, a major federal infrastructure program.
"With the change in government, have you already had contact?" Ward 5 Councillor Frank Fata asked Dwivedi last night. "And are you reassured that things will continue as was the case prior to the change in government?"

"We have been in touch with various entities both at the provincial and federal level," Dwivedi responded.

"We've had calls from funding agencies that look at these kinds of projects from the federal level. They have so far been very encouraging."

The port CEO acknowledged what everyone in the Sault already knows - that local businesses are experiencing a "bit of a slowdown."

The remaining one percent of the port project is owned by the City of Sault Ste. Marie.

Ward 1 Councillor Steve Butland commented that it makes even more sense to proceed with the port now that Essar Steel Algoma is experiencing difficulties.

"They are separate entities but the reality is that they are complementary at the same time," Butland said.

But Butland argued that we can't just sit around and wait to see how the difficulties unfold at our troubled local steel mill.

"All the more reason to give it more emphasis than ever before," he said, "Let's get to the table with the new government."

"We need to get to the table, not only with the port, but also Essar Steel," the councillor said.

"The original timelines, although aggressive, were accepted by the consultants and the project management team," Dolcetti said.

"It was understood that every effort was being made to meet the federal election in the fall of 2015. It was not anticipated, though, that the election campaigning period was to be extended one month, this reducing the time period for government to be in session."

(PHOTO: Anshumali Dwivedi speaks at a press conference September 26, 2014 announcing funding for planning and design of the proposed Port of Algoma. Kenneth Armstrong/SooToday.)

Earlier SooToday coverage of this story

Hands cut off. Thrown in river