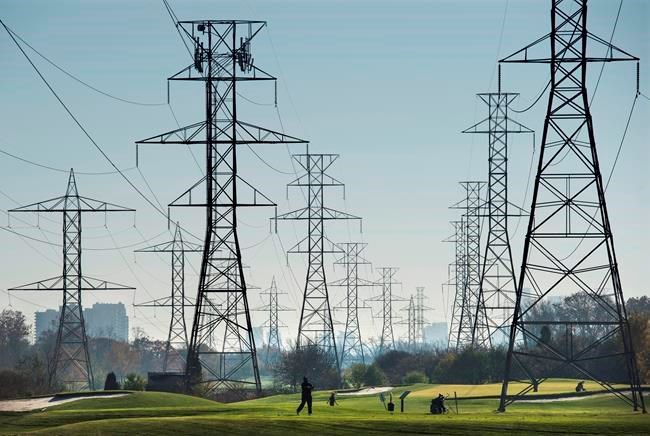 No date has been set for a provincial byelection to fill the vacant Sault Ste. Marie riding seat after David Orazietti’s departure from politics.

And, two of the three major parties have not picked a candidate, but political observers have offered their comments on what is certain to be an interesting contest.

“I think it will be watched with interest by the rest of Ontario as a litmus test for the next general (provincial) election coming up in 18 months,” said Trevor Tchir, Algoma University assistant professor of law and politics.

Political parties tend to hold on to the Sault riding for several years, at least at the provincial level, Tchir noted.

“Incumbency does mean a fair bit in Sault Ste. Marie.  You had the Progressive Conservatives win 11 elections in a row, then the NDP win five in row, then the Liberals won four in a row.”

“However, this is a byelection, there is no incumbent, so that’s one reason why this is anyone’s election in terms of the three traditional  parties,” Tchir told SooToday.

“The Liberals, I think, face an uphill battle because (Premier Kathleen) Wynne is not doing well in the polls, particularly in the north.”

Tchir said he believes many Saultites will vote with discontent over the cost of electricity.

The community’s traditionally strong union presence gives the NDP a good chance to take the riding, Tchir said, but he added the Progressive Conservatives also have reason to be hopeful of capturing the Sault.

Ross Romano, a Ward 6 city councillor and lawyer, was selected to be the PC candidate for the Sault riding in November.

“They (the Conservatives) have been able to play on some of the discontent of Ontarians over some policies of the Wynne government, like cap and trade and the price of electricity,” Tchir said.

“They’ve been able to frame those as government money grabs and things that cost jobs and hurt the economy.”

“I think the PC’s are confident they can grab the seat and gain momentum heading into the next election.  The leader (Patrick Brown) has been up north quite a lot and they’re the only one of the big three traditional parties to announce their candidate publicly, in Ross Romano.”

Romano and the local PC machine, to kick off the New Year, hosted leader Brown at a meet and greet at the Water Tower Inn, followed by a visit to Boniferro Mill Works.

And, Brown’s visit to the Sault was certainly not his first since he was elected party leader.

“You can tell they think they can win the riding because they’re investing the leader’s time here,” Tchir said.

Tchir emphasized he is not predicting, projecting or favouring any party or candidate heading into the byelection.

Tchir said the momentum will last for only a limited time for whichever party wins the riding, because time will pass between the byelection and the next general election in 2018.

“The interesting thing about byelections is…people in Sault Ste. Marie know they have the freedom to vote for a party in this byelection as a voice of protest against the existing government without asking themselves ‘is this the party I think should form the government (in 2018)?’”

“I don’t think the winner of this byelection necessarily wins the seat in the general election,” Tchir said.

Ian Lee, associate professor with Carleton University's Sprott School of Business in Ottawa, told SooToday he believes the Sault byelection, and the next general election in 2018, will be very much about the Wynne government’s handling of the cost of electricity in Ontario.

“I think it’ll be the central issue,” Lee told SooToday.

“Everybody uses electricity, everybody.”

“Because it is such an essential service…it explains why there has been such huge blowback from individual voters and from the business side.”

Statistics Canada, Lee said, has identified electricity as one of the three biggest costs for the average Ontario manufacturer, along with wages and the cost of goods.

“This issue is so incendiary, and that’s why I think its going to cost the Wynne government dearly,” Lee said.

“I don’t think the government really thought it through, they just bought into the whole excitement, hysteria I would even call it, around climate change and global warming.”

“It was a catastrophic, strategic political mistake.”

“I think the Liberals are going to lose the next byelection (in Sault Ste. Marie)…it’ll be a protest vote,” Lee said.

“I’m predicting the Liberal government will lose the seat in the byelection, I’m not suggesting the Conservatives will win, I’m saying it’s up for grabs,” Lee said.

While not making any predictions or projections as to which party will win the next general election in 2018, Lee said “I think they (the Liberals) are carrying an enormous burden on their shoulders going into the next election because they’re going to try to explain to everybody how they essentially caused so much damage to everybody’s lives on such an important, essential service.”

Meanwhile, both the local Liberal and NDP organizations are coy about their plans.

Ward 3 city councillor Matthew Shoemaker, a Liberal supporter, told SooToday “I haven’t been asked to run and I’m focusing on my role on city council.  If I’m asked to run, I’ll give it thought, but I’m certainly not going to jump into a race until I’ve considered how I can best serve the city and my family.”

Local NDP officials have told SooToday they hope for a concrete announcement soon regarding a nomination meeting for a candidate.

David Orazietti’s time as Sault MPP officially came to an end Dec. 31, after the long-serving Liberal MPP and cabinet minister announced his withdrawal from politics Dec. 16.

A byelection must be called to elect a new MPP for the Sault riding within six months.

The next Ontario general election is scheduled to be held on or before June 7, 2018.