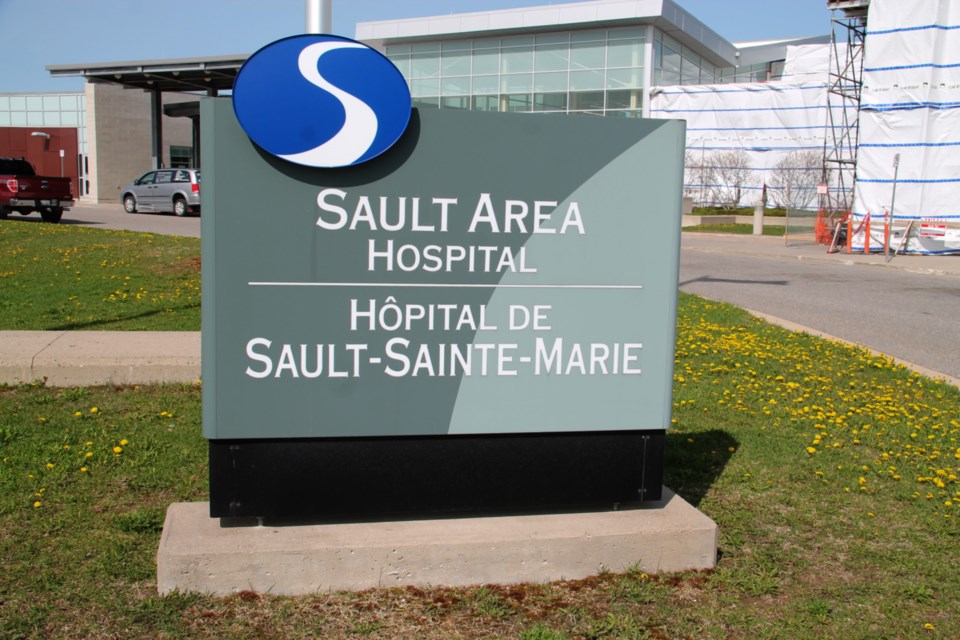 Though Sault Area Hospital (SAH) currently uses a mix of paper and electronic means whereby patient medical records are stored, ONE, which stands for ‘one person, one record, one system,’ will go live at the hospital Oct. 29 in cooperation with two other northern Ontario hospitals.

“Right now at SAH, we have a mix of paper and older digital systems, so when patients come into the emergency room, they’ll have a paper chart, but some of their lab work will be reported in an electronic system. When they go up to the floor they’ll have a binder with things like doctor’s orders, progress notes, but some of their information, like their blood work, some of their diagnostic imaging that may have been ordered for them, will be in an electronic system,” said Liz Ferguson, SAH vice president of clinical operations, at a presentation given at SAH Monday.

ONE, Ferguson said, will be a single electronic patient record across those three hospitals, acting as ONE’s first wave, with all 26 northeastern Ontario hospitals to be eventually brought into the ONE system.

“The patient chart will be fully electronic and look the same in these first three hospitals (as well as those hospitals to be added to ONE later),” Ferguson said.

“Patients in those three communities won’t have to repeat their information. It’ll all be shared in one system,” said Dr. Derek Garniss, SAH emergency department medical director, speaking at Monday’s ONE briefing.

“It’s been an exciting process. It’s been built to meet the specific medical needs of the northeast region compared to those in Toronto,” Garniss said.

1,800 employees at Sault Area Hospital will be affected by ONE, Garniss said, 1,200 of them requiring some extent of training to use the new system, including 379 physicians and 111 ‘super users’ (experts in maintaining the system).

The total budget for ONE’s first wave, Garniss said, is $59.6 million, SAH accounting for $19.9 million of that amount.

“We’re responsible for identifying the funds on our own. That’s our responsibility,” Ferguson said.

“All medications will be barcoded by the hospital pharmacy, and the patients themselves will have matching barcodes on their hospital bracelets, to make sure we’re giving the right medication to the right patient.”

ONE, Garniss said, will spare physicians from the problem of calling up patient information from the hospital’s busy health records department for a paper chart.

“In the new system, that will go away. We’ll have electronic access to a patient’s vital signs, nursing notes, documents and assessments. It’ll be available to us right away.”

“We’ll be able to look back on a patient’s history when they come again. A lot of time patients are frustrated when they have to tell their story over and over again,” Garniss said.

“In emergency, they tell their story at triage, to the nurse, and they have to tell it again to the physician as well. That’s very frustrating for a patient and I can appreciate that. With the new system we’re all sharing the same information, we’ll have a patient’s story and I’ll be able to see what they said at triage and to a nurse, and their story of each visit will be in the system for the next time they come. The story will be there for me and I won’t have to search through a paper chart to see what the patient’s medical history is.”

“It eliminates difficulty in reading handwritten notes. A physician’s handwriting typically has not been known to be the best. Prescriptions will be done electronically,” Garniss said.

If the electronic system should break down, a Toronto data centre will have all of ONE’s information safely stored. If that data centre should encounter problems, a backup data centre in Montreal is available to help hospitals ONE technology get back up and running.

The province encouraged the healthcare sector to go with such an integrated, multi-hospital system three years ago, Garniss said, at approximately the same time SAH itself was seeking a better electronic medical record keeping method.

“It was good timing,” Garniss said.

At this point, Garniss said, ONE will cover the three hospitals concerned, but added a greater degree of connecting with other healthcare agencies such as the Group Health Centre is “definitely something on our radar.”

“Our ONE initiative is all about the first step toward digital health, digital health being the use of digital technology, electronic communication tools and services that help us connect people better with the care they need,” Ferguson said.

Ferguson said a Canadian Medical Association survey conducted this year showed nearly 75 per cent of Canadians spend three to four hours online daily for banking, online shopping and/or using multiple apps for various purposes, but only one per cent of Canadians are using online medical patient portals to access their medical records, such as blood test results.

That said, Ferguson added eight in 10 Canadians, of the young, middle-aged and older generations, are still interested in having the ability to access their medical records through electronic devices such as iPads.

Goulais River remains under flood watch
Apr 9, 2020 7:00 PM
Comments
We welcome your feedback and encourage you to share your thoughts on this story. We ask that you be respectful of others and their points of view, refrain from personal attacks and stay on topic. To learn about our commenting policies and how we moderate, please read our Community Guidelines.