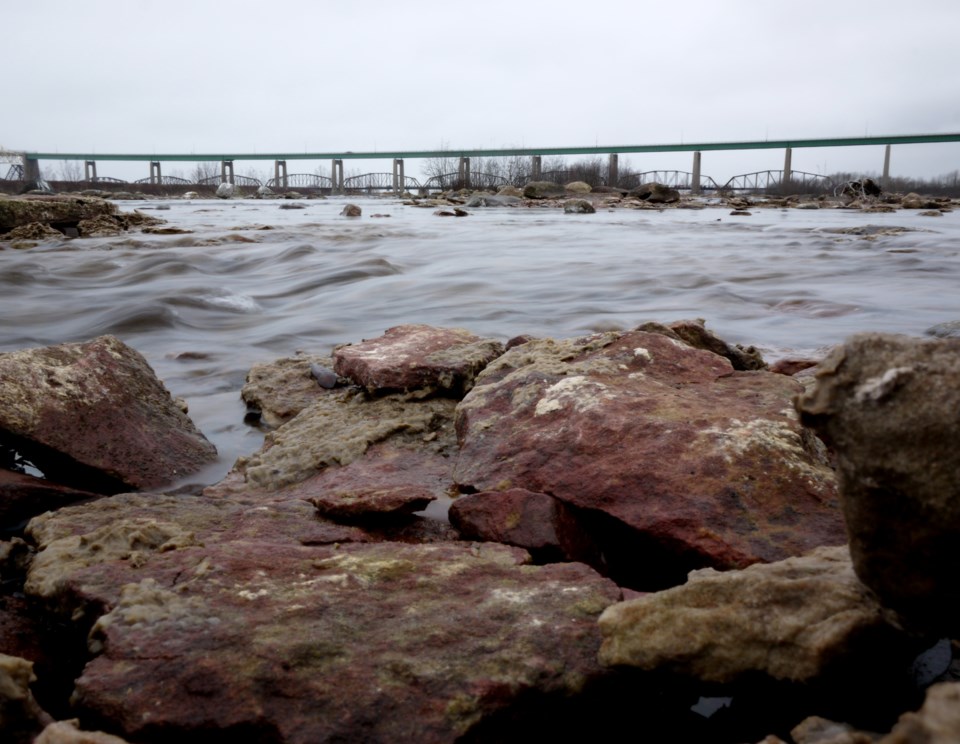 The St. Mary's River rapids are pictured in this file photo. Michael Purvis/SooToday

NEWS RELEASE
INTERNATIONAL LAKE SUPERIOR BOARD OF CONTROL
*************************
Basin conditions were generally wetter than average in July. As a result, water levels rose on Lake Superior and remained stable on Lake Michigan-Huron.

Water levels are expected to remain high over at least the next few months and further record highs are possible if wet conditions continue. Furthermore, there will continue to be a significantly increased risk of shoreline erosion, lakeshore flooding and coastal damages as high water levels persist.

The International Lake Superior Board of Control (Board) advises all those that may be affected to prepare for potentially severe coastal impacts, especially during periods of strong winds and high waves.

The Board expects the total outflow to be 2,500 m3/s (88.3 tcfs) in August, which is as prescribed by Lake Superior Regulation Plan 2012. Actual outflows may vary depending on hydrologic conditions, as well as maintenance activities at the hydropower plants on the St. Marys River.

The outflow in August is just 130 m3/s (4.6 tcfs) above average and the lowest August outflow since 2012, which is in part a reflection of Plan 2012 adjusting to the relatively wetter conditions and higher levels experienced on Lake Michigan-Huron in comparison to Lake Superior in recent months.

In order to meet the Plan 2012 prescribed flow in August, the gate setting of the control structure will be adjusted to the equivalent of approximately two gates fully open. This will be achieved by raising Gates #11 through #14 to a setting of 132 cm (52 in) open on Monday, Aug. 3. This gate configuration will allow safe diving conditions for underwater safety inspections of Gates #3 through #8 that will be conducted next week. The average St. Marys Rapids flow is expected to be 409 m3/s (14.4 tcfs).