A local grassroots group is talking about using the story of Erin Brockovich to persuade Saultites there are better ways to build our economy than a ferrochrome smelter
0
Nov 29, 2017 2:30 PM By: David Helwig 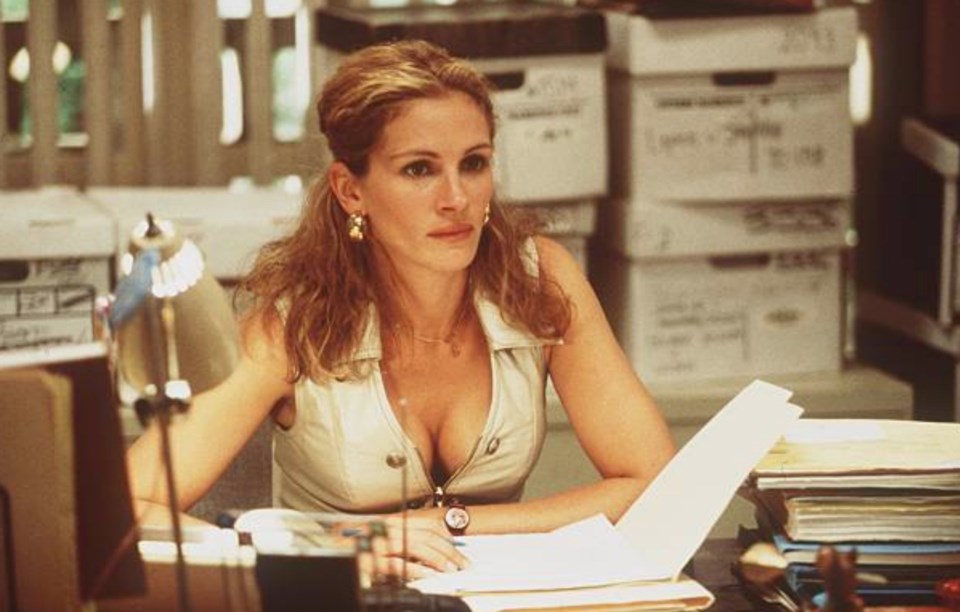 Publicity still from the 17-year-old film Erin Brockovich starring Julia Roberts. The Oscar-winning movie dramatized the true-life story of a single mom who exposed dumping of toxic chromium-6 into groundwater in the California town of Hinkley

Mayor Provenzano has offended some people with his recent description of the Sault's ferrochrome smelter bid as a "home run."

When the mayor told last week's City Council meeting: "I think that they are going to hit a home run on the document that we submit," it seems he single-handedly inspired a grassroots movement opposing the Ring of Fire-related project.

Seventeen citizens attended a meeting last night at Centennial Library advertised under the title 'Concerned About A Potential Ferrochrome Smelter In SSM?'

The group, which so far has no formal leaders or name, is planning to oppose any ferrochrome processing facility in Sault Ste. Marie.

"I was incredibly offended at the home run statement,” said Helen Scott, one of the organizers.

"I felt like I was being spoken to from an ivory tower and I don't appreciate that," Scott said.

"This is not a home run. There are people in the community that do not agree that this is the direction that we need to go," added Kara Flannigan, another organizer who ran for the Green Party in this year's provincial byelection in Sault Ste. Marie.

"A home run... it's out of the park," said Jeff Hinich, who drove in from Searchmont for the meeting.

"It's not in play. It's gone. One team wins and one team loses," Hinich said.

"Go back to the mayor's comment. It kinda says where he's at. The game's over. The decision's been made, at least in his mind. It's an inappropriate comment from the get-go. We need this thing to be in play and not out of the park. Go back to the mayor and tell him to come up with a different vocabulary to describe this situation."

Peggy Lauzon, also an organizer of last night's meeting, said she was "sorry to see them call it a home run when they haven't done any community engagement."

"We cannot have eco-tourism and a ferrochrome smelter," Lauzon said. "I don't think that those two things can exist in the same community."

Lauzon has an MBA in community economic development from Cape Breton University, and was named 2010 Woman of the Year by the Business and Professional Women’s Club of Sault Ste. Marie.

Lauzon said she was told by Sault Ste. Marie Economic Development Corp. that local community engagement for the ferrochrome initiative will be handled by NorOnt Resources Ltd., the company behind the project.

"They're also the lead on the environmental assessment too," Lauzon said.

NorOnt has the largest land position in the Ring of Fire, the massive emerging multi-metals development located in the mineral-rich James Bay Lowlands of Northern Ontario.

The company wants to build a smelter somewhere in Ontario to process ferrochrome from the Ring of Fire and Sault Ste. Marie is one of four communities on its shortlist of possible locations.

In a 2012 literature review, MiningWatch Canada reported that "ferrochrome arc furnace dust is categorized as toxic waste in Canada and must be treated before disposal in order to prevent leaching toxins into the environment."
"Health risks via inhalation are also a concern. Smelting also produces chromium-6 contaminated slag, with estimated total chromium contents of two to 12 per cent," the watchdog group said.
The U.S. National Institute for Occupational Safety and Health (NIOSH) considers all chromium-6 compounds to be well-established occupational carcinogens linked to lung, nasal, and sinus cancers.
Erin Brockovich
The 2000 film Erin Brockovich, which won Julia Roberts a best actress Oscar, portrays the true-life story of a single mom who exposed dumping of toxic chromium-6 into groundwater in the California town of Hinkley.
The Hinkley experience is enough to convince Helen Scott that ferrochrome smelting has no place in the Sault.

Skip Morrison, who ran for the local New Democrats in the 2015 federal election, agreed with others last night who want the new organization to use the Brockovich story in opposing any ferrochrome smelter in Sault Ste. Marie.

Seated in a circle of stacking chairs, each sporting four shiny, corrosion-resistant, wear-resistant, easy-to-clean chromium-electroplated legs, the Sault's newest activist organization set about the business of keeping ferrochrome out of our Naturally Gifted city.

Jeff Hinich pointed out, perversely, that the Sault's slogan might turn out to be rather appropriate if the smelter is built here.

It will organize its own community engagement meetings.

"We don't want to just say no to this," Lauzon said. "We want to say yes to something positive. People need to know what a new vision for this community could be. Once you have a solid vision and you know what your core values are, it gets a lot easier to decide what's in and what's out. Part of a good strategy is not doing everything that comes along. You need to be focussed."

Local adventurers and authors Gary and Joanie McGuffin were at last night's meeting.

Joanie agreed with Lauzon on the need to be positive.

"I think we have tremendous economic possibility in this city that is undermined by leadership that often doesn't seem to have a lot of imagination about the incredible geographic situation where this city is."

Gary offered to help in finding allies for the cause, especially on the Michigan side of the river.

"This thing will probably not locate in the community unless there is actual community support for that processing facility," the mayor said.