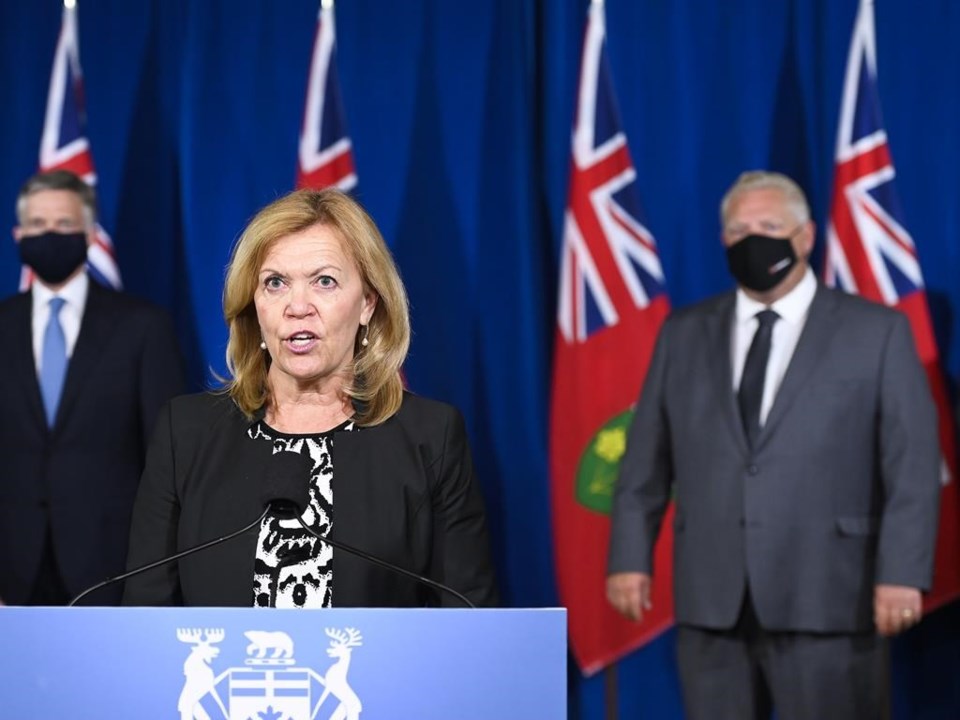 TORONTO — Ontario students could get an extended winter break or start classes remotely in the new year as the province considers ways to reduce COVID-19 transmission after the holidays.

Education Minister Stephen Lecce says he's talking to health officials and "looking at solutions that may include some period out of class" at the beginning of January, but has not yet made a decision.

Lecce says he will announce a plan in the next week or two to allow parents to prepare.

Last Friday, a spokeswoman for the minister said the province was not considering any change to the school year calendar.

That's after the Council of Ontario Directors of Education said it had proposed starting the new semester with virtual schooling to allow students and staff to self-isolate after any potential holiday celebrations.

Health Minister Christine Elliott says 569 cases are in Toronto, 256 in Peel Region and 94 in York Region.

The province also reported 133 new COVID-19 cases related to schools, including at least 73 among students.

Those bring the number of schools with a reported case to 670 out of Ontario's 4,828 publicly funded schools.

In the province's long-term care homes, 700 residents currently have COVID-19 and three new deaths have been reported today.

The province says 108 of its 626 long-term care homes are experiencing an outbreak.

This report by The Canadian Press was first published Nov. 17, 2020.