OLG's Rigby stepping down as CEO

Stephen Rigby has agreed with the Board of Directors that he will leave the Ontario Lottery and Gaming Corporation after five years at the helm
0
Mar 6, 2020 1:36 PM By: SooToday Staff 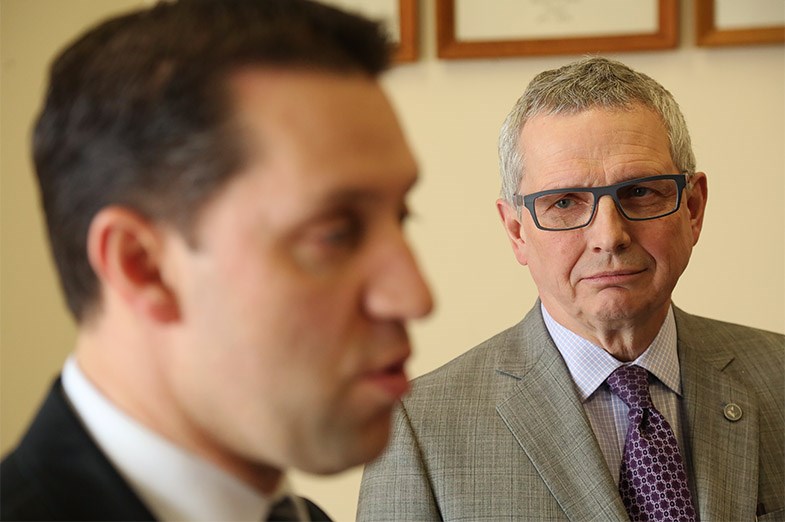 This is to advise that Stephen Rigby has agreed with the Board of Directors that he will leave the Ontario Lottery and Gaming Corporation (OLG) after five years at the helm. Stephen will remain at OLG until the Summer when a new CEO is confirmed, working with new leadership to ensure a smooth transition.

The Board of Directors thanks Stephen for his outstanding service as the President and Chief Executive Officer of OLG. During that time, OLG has delivered unprecedented value to the Province. OLG’s returns have grown from $1.7 billion in 2015 to nearly $2.5 billion and are on track to attain over $3.0 billion by 2022-23. This growth reflects a healthy and thriving land-based gaming, lottery and digital business.

In land-based gaming, we implemented one of the largest public-private partnership projects in Canada. Through an open, fair and transparent procurement, four operators have been selected to manage the day-to-day operations of casinos, expend capital, and invest in communities throughout Ontario. Since 2015, four new facilities have opened in Belleville, Peterborough, Chatham, and Sarnia, with construction well underway for new casinos in Pickering and North Bay, as well as the Niagara Falls Entertainment Centre. So far, $600 million has been invested by the private sector in new capital, creating 500 new gaming jobs.  By 2023, these investments will grow to $4 billion, creating thousands of new jobs across Ontario.

OLG is also making investments in new digital technologies that will transform its online presence, building on PlayOLG which has doubled its customer base in the last 18 months.

While generating more money for the Province to support critical public services, we’ve also served the broader public interest. We invested wisely in our responsible gambling programs which earned global recognition through the World Lottery Association.

At the same time, we’ve put in place historic agreements which fund 1,800 charities province wide, and put horse racing on the path of sustainability, protecting jobs in communities big and small.

As Chair of the Board of Directors, you have my assurance that OLG’s commitment to its business and stakeholder partnerships, and dedication to world-class gaming entertainment is unwavering, today and in the future.

As Chair of the Board, I have launched a process to identify a successor to the outgoing President and CEO.  We thank Stephen Rigby for his outstanding tenure which positions OLG for continued success going forward.

WATCH: Regional re-openings now 'an option we're looking at' says Ford
May 29, 2020 2:39 PM
Comments
We welcome your feedback and encourage you to share your thoughts. We ask that you be respectful of others and their points of view, refrain from personal attacks and stay on topic. To learn about our commenting policies and how we moderate, please read our Community Guidelines.