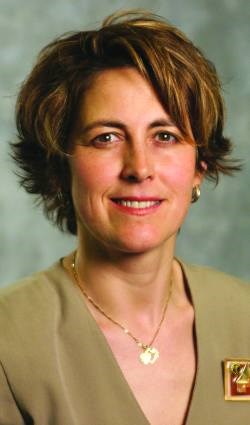 OTTAWA - Canada can save millions of lives by stopping what remains of our asbestos exports given that we cannot guarantee the dangerous material will be properly handled in developing countries where it is still widely used.

That was among the main themes of the speech Algoma-Manitoulin-Kapuskasing MP, Carol Hughes delivered in the House of Commons Monday.

“Here in Canada, we understand how dangerous asbestos is. We have, for years, mitigated against the worst effects of this substance and sought to replace it when we know it has been used in homes and public buildings,” said Hughes. “But we are supposed to believe that developing nations will manage to do an adequate job of utilizing this unique material and protecting those who work with it or, worse, do not much care what happens to people in other countries once we get payment.”

The debate was initiated by New Democrats who are urging the Conservatives to stop their efforts to block asbestos being listed on the UN’s list of hazardous substances, and to help asbestos miners and communities dependent on the substance in their adjustment as that economy ends.

It is estimated that 100,000 people die every year from asbestos related cancer and is seen as the single biggest cause of work-place related death in Canada.

The World Health Organization claims that asbestos is responsible for as many 10 million deaths worldwide.

Hughes claimed that the complete ban of asbestos exports will not have the same effect on mining towns as it would have had three decades ago.

“There just are not as many workers in the industry anymore,” said Hughes. “In 1991, 1,000 workers were employed in the asbestos mines in Quebec. Today, only 350 people work three to four months a year at Thetford Mines, which is also under bankruptcy protection and slated to close its gates this month.”

Hughes peppered her speech with anecdotes related to a friend from the Mission, also known as Michipicoten Village, in Wawa, who is battling mesothelioma, which is a type of cancer that can develop after being exposed to asbestos, and to the way that Elliot Lake has managed to carry on after the loss of its mining-driven economy.

“My friend writes me often to update me on her husband's case. They are tuned in right now. Julius' fight is our fight,” said Hughes. “He and his wife want to ensure that others need not to go through what they have gone through, attempting to seek treatment and having the door closed on them. They also want to ensure that the government stops exposing workers to this deadly substance.”