If it walks like a duck and quacks like a duck, it probably is a duck. At least, that's what David Hamer, legal counsel for Jim Boniferro, was saying yesterday at the Sault Ste. Marie Court House.
Dec 5, 2007 12:10 PM By: Carol Martin 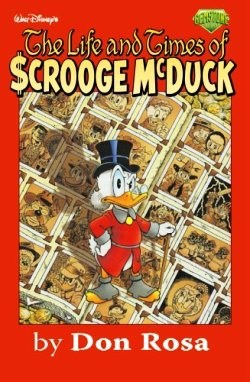 He's in court challenging what he sees as a $100 million ripoff of Ontario forestry operators by the Ministry of Natural Resources.

Boniferro believes his company alone has paid more than $1 million in illegal provincial taxes since March 2003.

His lawyer Hamer argues that, no matter what the Ministry of Natural Resources calls its residual value charges (RVCs), those charges are actually illegal taxes.

If Superior Court Judge Gary Tranmer buys Hamer's arguments, as much as $108 million could be pulled out of the province's general tax revenues and placed back in the pockets of forestry producers across Ontario.

The ministry calls its RVCs fees or royalties.

And he insists the ministry has no legal authority to impose them.

"If the basic pith and substance of a charge is (1) enforceable by law, (2) imposed under the authority of the legislature, (3) imposed by a public body, and (4) intended for a public purpose, then it is a tax," Hamer told Justice Tranmer yesterday. "This is, in pith and substance, a tax dressed up as a price."

Because the ministry has been granted the right to enforce RVCs by law, levies them through a public body which is part of a regulatory commission and uses the fees generated for the general public benefit, and is based in part on the profits of forestry producers the RVC is a tax, not a price, Hamer argued.

Hamer said a charge or price could be dependent on the number of trees harvested, on the species of tree or other such factors.

But it would not be determined on how much money a manufacturer makes off milling those trees.

Only a tax is calculated from a formula that includes revenue generated by the group paying the tax as the RVC is, Hamer maintained.

There is no law compelling it to justify its prices or reveal its reasons for pricing, Minor said.

"Although there is no requirement for transparency, there is an effort to do so," says Minor.

She goes on to say that the Canadian system doesn't allow provinces to directly tax their citizens, so the best way for them to generate revenue is through management of natural resources such as lumber.

"It is not only permitted, it is expected," Minor goes on to say. "The RVC is a charge, a price set by the minister under the authority of the legislative assembly."

Justice Tranmer will now retire to deliberate with a promise to return his decision with all due haste.

Besides being asked to decide whether the RVC is a charge or a tax, Tranmer was also asked to call a hearing on the issue of timing.

Both sides agreed there were not enough facts before the court to decide when exactly Boniferro came to believe he was being taxed illegally.

The issue is important because Boniferro is asking for a return of the money paid by Boniferro Mill Works for RVCs, plus simple interest, since August 2005, two years before he filed his claim.

On behalf of the crown, Michael Dunn argued that both a six-year and two-year limit apply in this case, because of a Supreme Court of Canada decision defining the date discovery of a claim could occur as the date an illegal tax bill was paid.

This means, said Dunn, that every time Boniferro paid his RVC, he discovered again that he could make a claim before the courts.

Slaughter said there's an assumption of credibility when a bill is paid and that Boniferro could not have been expected to know he was paying an illegal tax until he was so advised by a knowledgeable person.

In his affidavit, Boniferro said he discovered he had a claim in August 2007 and immediately set about pursuing it.

If Justice Tranmer returns with a verdict that the RVC is a tax, not a charge, then he may also decide to call a hearing on the limits of Boniferro's claim.