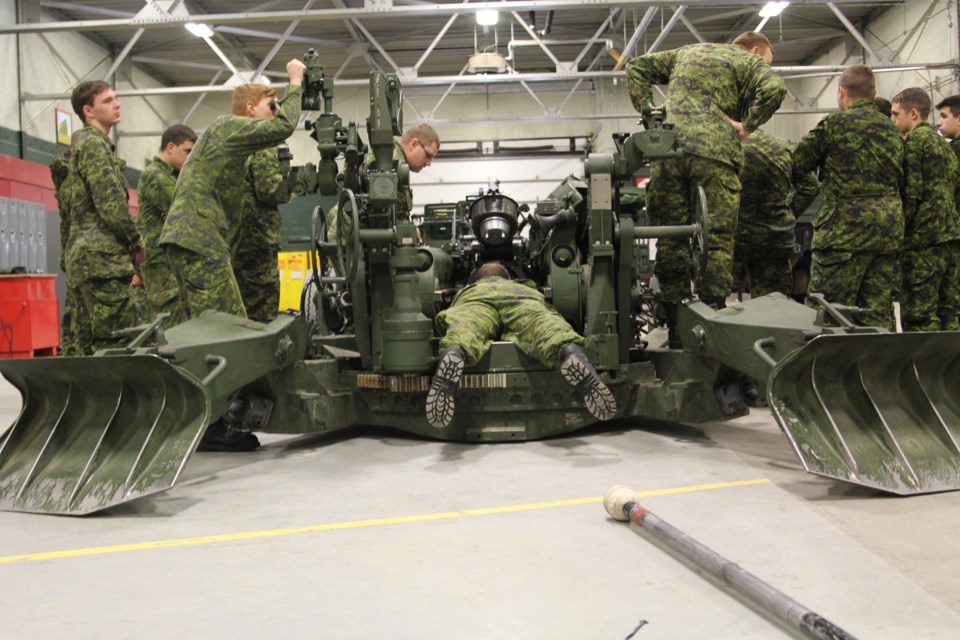 Artillery conversion training for the M777 howitzer took place in February, 2016 at the Pine Street armoury in Sault Ste. Marie. From the Sault, the state-of-the-art weapon can accurately hit house-sized targets in Richards Landing. David Helwig/SooToday

The historic regiment intends to "confirm the techniques, tactic and procedures learned while conducting a basic winter warfare course," says a proposed contract with the City of Sault Ste. Marie, which owns the lakefront property.

"Equipment will include land-over-snow vehicles [snowmobiles] to be used as safety vehicles, shelters and assorted winter survival equipment. Radios and weapons with no ammunition will also be used," the document states.

Sault Ste. Marie Region Conservation Authority has agreed to the plan, which calls for training to take place from Friday, Jan. 31 to Sunday, Feb. 2.

City Council will be asked tonight to approve the training.