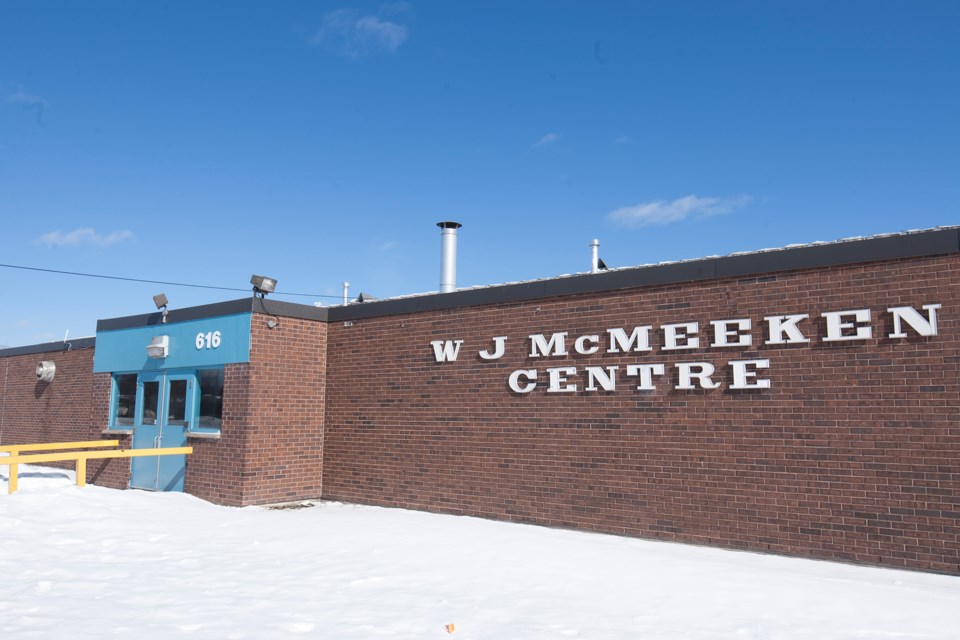 The city will now spend an initial $1.1 million for architectural and engineering services to get the project rolling.

City staff has been authorized to apply for infrastructure funding for the project from higher levels of government.

Coun. Bruni expressed concern that approval was being sought for the project before funding was in place.

"My first option is to go to the provincial and federal governments first....we don't know where the money's coming from," Bruni said. "I don't want to be on the hook for $25 million."

Coun. Sandra Hollingsworth said spending $25 million for an arena seemed steep in view of the condition of city roads.

Ward 3 Coun. Matthew Shoemaker pointed to significant operational problems at the McMeeken in recent years and said we certainly need to replace the aging facility.

Tom Vair, the city's deputy chief administrative officer for community development and enterprise services, said consideration will be given to selling naming rights to the facility.

Vair also said that the city will try a construction management process for the first time on the new arena.

Here's how Vair describes the new method, as opposed to design-build or design-bid-build construction:

This firm is selected based on their qualifications and experience building the type of facility being constructed (in our case an arena) as well as the price of their construction management services which include project management and budgeting.

The CM is then involved in the RFP process to select the architect and design firm.

The CM acts as owners agent and the owner knows the construction management fee and architect/engineer fees up front.

The project doesn’t have to wait for all specs to be completed and therefore design changes can be made at various design phases without significant additional cost.

This method encourages the owner, CM and architect to work as a team to finalize the design based on the combined experience of the group.

The CM can work within a guaranteed maximum price (GMP) which the owner sets.

"Staff have reviewed a number of arena projects across Canada," Vair said in a report to Mayor Provenzano and city councillors.

"While it is difficult to compare exactly between the... projects given the variations within the facilities, the projects that have come in on the lower end of the scale often have used the construction management method of building."

"The consensus is that the construction management method can provide a quicker and more cost-effective method for facility construction and, therefore, is the path recommended," Vair wrote.

$1.65 million in annual debt-servicing dollars will become available over the next three years as the city makes its last payments on the John Rhodes Community Centre and GFL Memorial Gardens.

The two new ice pads will be National Hockey League-sized, with seating for between 300 and 500 spectators on each pad.