Lots going on at the Sault airport 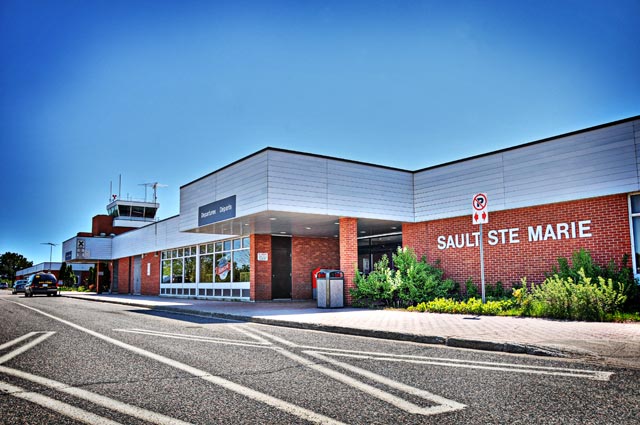 Renovations to the Sault airport are coming along.

$1 million in provincial funding toward the $2 million airport renovation project was announced in March of this year.

SSMADC is providing the other $1 million.

"They're close to a third of the way complete, they've done a lot of interior work and the final concrete pour for the exterior work is scheduled for this week, we're anticipating full and final completion by the end of February but the customs area will certainly be ready before the first Sunwing flight at the beginning of December," Bos told SooToday.

"The food and beverage area and the expanded passenger screening hold room, as well as an additional airline counter, will be ready by the end of February 2016," Bos said.

Sunwing Airlines will be once again offering flights from the Sault Ste. Marie Airport to Punta Cana in the Dominican Republic for another season.

Bos said the flights will depart from the Sault Airport once a week, every Friday, beginning December 4 until April 1, 2016.

Sunwing has been offering flights from the Sault Airport to Punta Cana, and previously, to other warm, sunny winter getaways such as Cuba and Mexico, for several years.

"We have five or six thousand passengers a year that use the service so it does well over the winter period," Bos said.

There are no other carriers currently offering direct flights from the Sault to getaway destinations, but Bos said the SSMADC is always looking for others.

"We've been pushing to get flights to Las Vegas for a long time, with any airline, but we haven't been able to obtain that service yet."

"We're always talking to the airlines regarding possible routes, the more we can do to compete with the airports across the river would certainly be helpful for us, and destinations in the Florida area are also something that come up (and which the Sault Airport is always trying to secure)."

As far as not so sunny and warm destinations go, Bos said the SSMADC is still looking for a carrier to take passengers out as far west as Winnipeg.

Bearskin, Air Canada Jazz and Porter Airlines currently make up the roster of year-round carriers flying from the Sault, with Sunwing as a seasonal carrier.

Meanwhile, SSMADC has announced the launch of an informative new website.

*************************
The Sault Ste. Marie Airport Development Corporation (SSMADC) is proud to announce the launch of its completely redesigned website, which can be found at www.saultairport.com

The new website has been in development since June of this year by local marketing firm 8:56.

The project was timed in coordination with other modernization projects at the airport, including a $2 million post-security passenger holding area renovation and recent SSMADC social media developments.

The website will bring increased attention to the airport’s commercial and industrial land development programs, tenants, and the corporation’s unique distinction as a 100 percent private, not-for-profit regional airport.

Additionally, there is a page that links to Tourism Sault Ste. Marie to show out-of-town travellers what they can do while in the Sault.

Terry Bos, President and CEO of the SSMADC stated; “One of the great features on www.saultairport.com is the True Cost Trip Calculator, which allows the user to input flight prices and automatically factors in unforeseen expenses like fuel costs, hotels, parking, food, incidentals, and applies the exchange rate (if applicable). It then outputs the true cost of travelling to and leaving from another airport in Canadian dollars.”

In addition to the True Cost Trip Calculator, the website displays flight information such as arrivals, departures, delays, and cancellations for incoming and outgoing scheduled flights.

Visitors to the new page will also find airport statistics like passenger counts and short biographical clips to help the public get to know the Airport’s Board of Directors.

The statistics will be kept up to date monthly so that travellers can keep tabs on the 200,000 travel giveaway, where the 200,000th passenger of the year will receive free round trip tickets.