Local paramedics get patched up by their boss

No longer Fire Services employees as of Jan. 1, the Sault's paramedics are getting their own shoulder patches
0
Nov 22, 2019 9:00 AM By: David Helwig 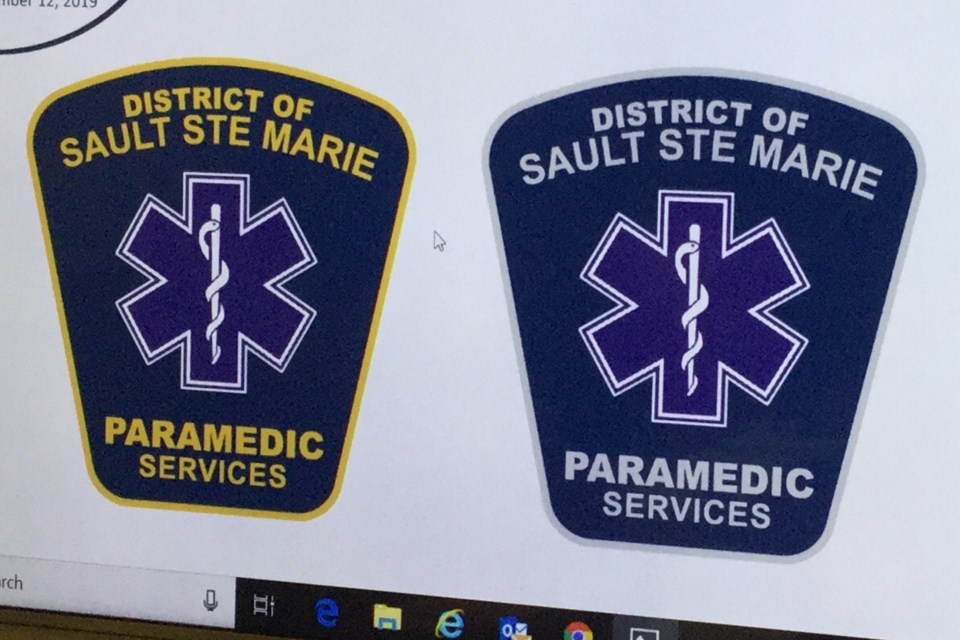 Early design of new paramedic patches as presented last week at a Social Services board meeting. Since then, it's been decided to replace navy with black as the background colour. David Helwig/SooToday

After next month, local paramedics will no longer be employees of the City of Sault Ste. Marie.

Starting New Year's Day, our ambulance workers will instead draw their paycheques from District of Sault Ste. Marie Social Services Administration Board (DSSMSSAB).

As part of that transition, local emergency medical services staff recently asked for their own paramedic shoulder patches, something they never had as Fire Services employees.

The result, shown above, was presented by Rushworth last week to employees and DSSMSSAB directors at their monthly board meeting.

The design includes the Star of Life – the worldwide symbol of emergency medical care used to identify ambulances and paramedics and EMS equipment.

The serpent and staff shown within the Star of Life represent the staff of Asclepius, the ancient Greek physician deified as god of medicine. It's now the universal symbol of medicine, healing and renewal.

DSSMSSAB's decision earlier this year against renewing a contract under which the city provided emergency medical services, ends a 17-year-old arrangement.

"The next step is I will have a production sample made with the goal of having this ready to be on the new uniform issue coming for January," Rushworth tells SooToday. "One small note is we are going to have the background changed from navy to black to match our epaulettes and to avoid the variances of 'navy' between suppliers."

Officers will wear the patches with gold trim while working medics will have silver trim.

"There's a lot of changes going on for paramedics. The term 'paramedic' in April will be legislated to only be available to working paramedics within a licensed ambulance service," Rushworth told the DSSMSSAB board. "So your private ambulance services or medical response teams won't be able to use the term."

A paramedic who hadn't been told who was riding with the supervisor in the front seat instructed Nadeau to hand her a piece of equipment.

"Are you a cop?" the paramedic asked.

What did he learn?

"I think the board made absolutely the right decision by bringing paramedic services in-house," Nadeau told his board last week.

"There's a huge opportunity for the whole organization to start to learn."

"We can start to learn from each other," Nadeau said. "We're serving the same community members, but in the past, we've been serving through two separate and distinct service models."

Algoma, Sault College basketball teams back in action
Jan 19, 2020 8:00 PM
Comments
We welcome your feedback and encourage you to share your thoughts on this story. We ask that you be respectful of others and their points of view, refrain from personal attacks and stay on topic. To learn about our commenting policies and how we moderate, please read our Community Guidelines.