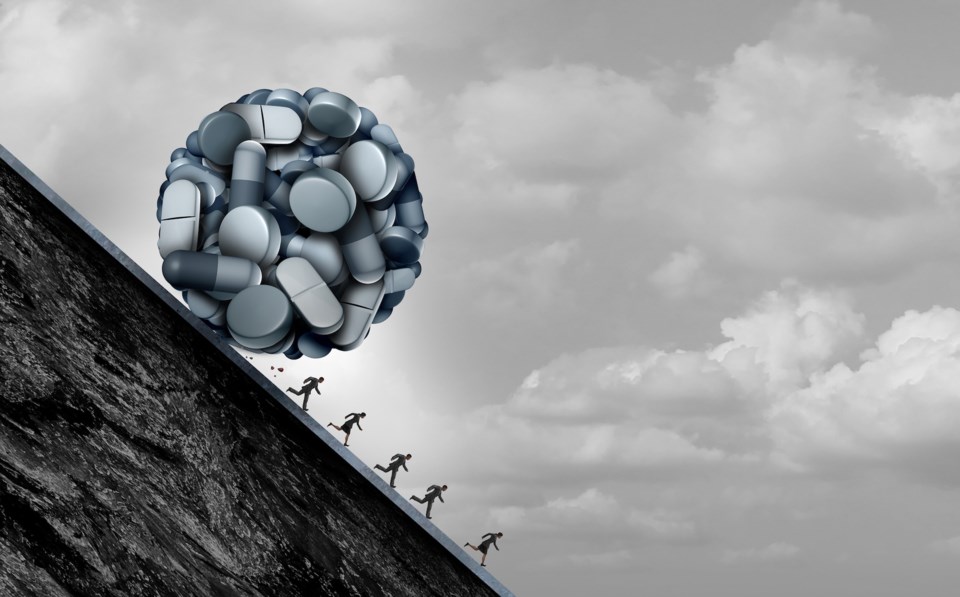 Sault Ste. Marie Mayor Christian Provenzano made an impassioned plea tonight for Saultites to talk to anyone they know who has a drug abuse problem.

"We have seen, over the last couple of weeks, what appears to be an increase in what is publicly termed overdose," Provenzano said at the beginning of tonight's City Council meeting.

"I think that is somewhat misleading language, because when people hear about overdoses, they often think that maybe people consume too much of a drug. That is the traditional understanding of what an overdose is."

"That's the point that I think we need to be mindful of as a community, and we need to talk about."

"Many of us have people in our lives that have substance abuse issues. Just as it's happening across the community and across the province, it can happen in people that we know."

"Somebody can be consuming a regular amount that they're used to consuming. And that substance use, though unintended, could lead to death."

Provanzano used the occasion to again call on the provincial government to provide more resources and infrastructure to combat the opioid crisis.

"We are currently lacking in withdrawal management, to a large degree. It has to be addessed."

"Our front-line workers in this community... do not have the resources that they need to support the community the way it needs support."

Provenzano said he will be lobbying the provincial government to address the need for proper drug withdrawal management in the Sault.

On another issue, the mayor also advised all Saultites to keep a list of everyone they've had contact with, in case it's needed by COVID-19 contact tracers.