Welcome to SooToday.com's live blog of tonight's Ontario Hockey League game between the Soo Greyhounds and Sarnia Sting. We're live from the Essar Centre with updates throughout the night. For a preview of tonight's game, click here . 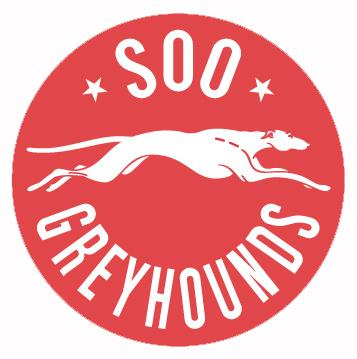 We're live from the Essar Centre with updates throughout the night. For a preview of tonight's game, click here.

To read a full recap of the game, including comments from both coaches, click here.

Greyhounds coach Sheldon Keefe pleased with many facets of the Greyhounds game in the win. Sting coach Trevor Letowski caled Bryan Moore's second-period double minor the turning point of the game. Check the sports page later tonight for a full game recap with quotes from both coaches.

Michael Bunting finishes off the night with his thord goal in the final minute of play, making the final 8-3 Greyhounds

Andrew Fritsch near the side of the Sarnia goal, deflects a feed from Tyler Gaudet past Dupuis glove side and it's 6-3 Greyhounds

4-3 Greyhounds through two periods....Greyhounds also hold an edge on the shot clock by a 31-16 margin

With Bryan Moore in the penalty box for Sarnia serving minors for hooking and unsportsmanlike conduct, Darnell Nurse sees his point shot deflect in off MIchael Bunting in tight to tie the game at three. 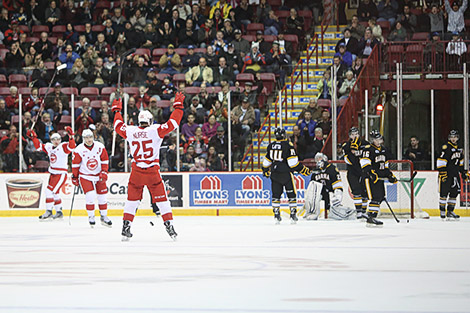 The Greyhounds then go up 4-3 when Kyle Jenkins has his point shot deflect off a crowd in tight to Jorgen Karterud, who scores on the loose puck 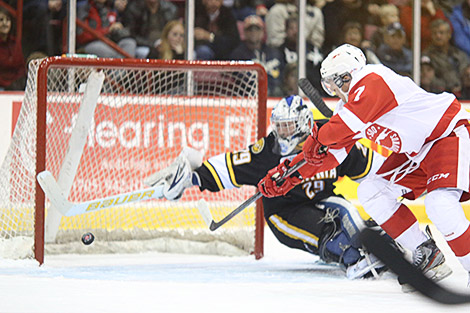 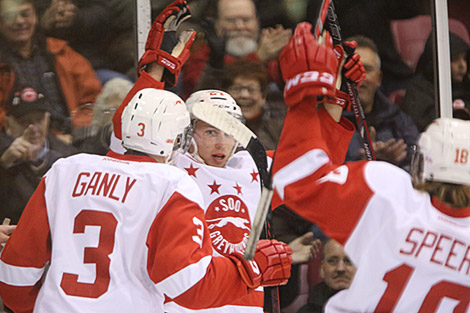 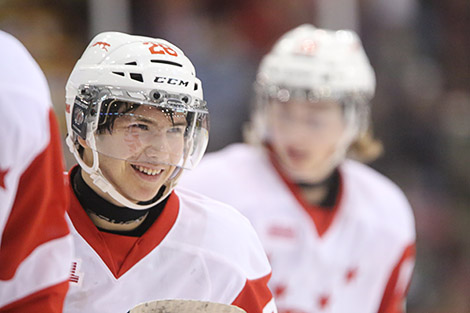 Sergey Tolchinsky can't get a one-timer off from the right faceoff circle on a feed from Tyler Gaudet. Tolchinsky then gets the puck into the left circle to Gaudet, who scores to pull the Grehounds to within one

SooToday.com photographer Kenneth Armstrong is in the building tonight. Some shots courtesy of Kenneth from warmups and a shot of tonight's man of honour, JAmes Warner-Smith 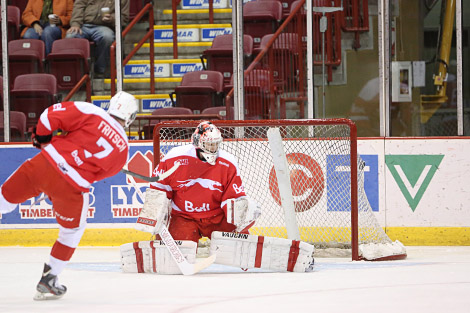 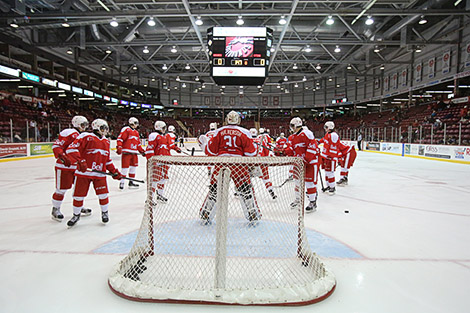 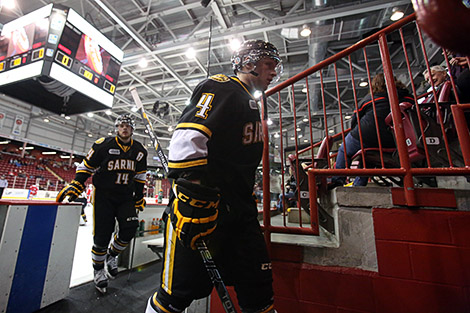 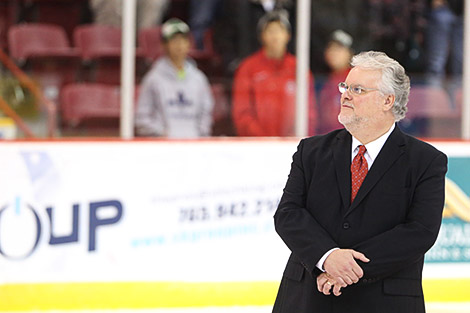 As the opening period nears a conclusion, Sarnia ties the game as Bryan Moore deflects a NIck Latta point shot with three seconds left in the period and the game is tied at one through 20 minutes.

Greyhounds running 11 forwards and seven defencemen tonight, as are the Sting