Lenders move to force Port of Algoma into receivership 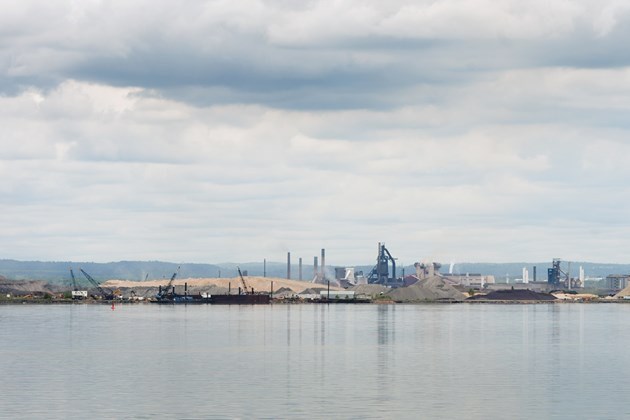 Less than a month before Essar Steel Algoma Inc. was expected to emerge from insolvency protection, a new, last-minute twist is materializing.

GIP and Brightwood are major lenders to the port and say they are owed US$198 million in accrued principal and interest.

They hold a first security interest in Port of Algoma's assets.

They'll ask today that a receiver be appointed over all assets, undertakings and properties necessary to the port's business.

Port of Algoma Inc. is owned 99 per cent by Essar Algoma's former ultimate parent company (Essar Global Fund Ltd.) and one per cent by the City of Sault Ste. Marie.

"The GIP loan to [Port of Algoma] and the resulting port transaction, was an integral component of a larger recapitalization and debt restructuring undertaken by Algoma to address Algoma's significant financial distress in November, 2014," the lenders say in a court document filed Tuesday.

The application for appointment of a receiver will be made today under subsection 243(1) of the Bankruptcy and Insolvency Act, which allows a secured creditor to "take possession of all or substantially all of the inventory, accounts receivable or other property of an insolvent person or bankrupt that was acquired for or used in relation to a business carried on by the insolvent person or bankrupt."

After it filed for insolvency protection in 2014, Algoma stopped making payments to Port of Algoma required under a cargo handling deal, causing the port to similarly default on its interest payments with GIP and Brightwood.

GIP and Brightwood say they've been in ongoing discussions with Port of Algoma and its parent company Essar Global Fund Ltd. to transfer the port to a subsidiary of the new firm that's being created to buy the steel mill.

"In the event however that a consensual agreement is not reached with Essar Global Fund Ltd., the lenders to the port make this application for the appointment of a receiver for the limited purpose of executing the necessary documents to effect the transfer of the port and in order to obtain a vesting order to vest the port assets to the port subsidiary," GIP and Brightwood say.

The receivership application is supported by the steel mill, the court-appointed monitor and the consenting creditors who intend to acquire Algoma's assets.