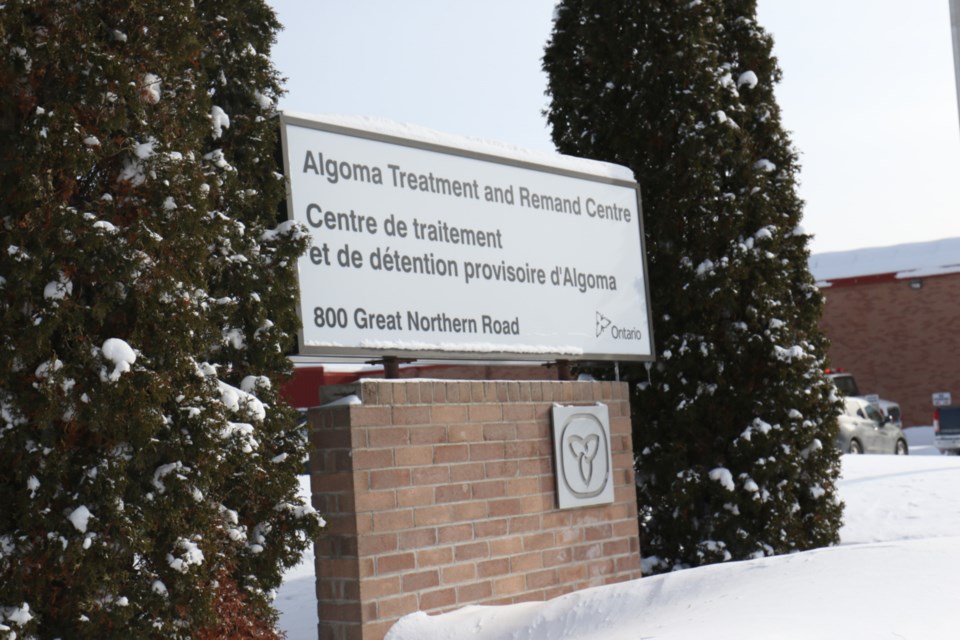 The Algoma Treatment and Remand Centre is pictured in this file photo. James Hopkin/SooToday
Ontario Court Justice Romuald Kwolek gave a local man extra credit Tuesday for the time he has spent in pre-sentence custody in an ant-infested jail cell, where he slept and ate his meals on the floor.

Steven Turco "has faced harsh conditions" at the Algoma Treatment and Remand Centre that "caused him adverse effects," the judge said.

This justifies reducing his sentence, by a further 90 days, above the "normal" ratio of a credit of 1.5 days for each day spent in pre-sentence incarceration, Kwolek said.

In his 19-page written decision, he found, based on evidence he had heard during a hearing last month, that the defence had proven Turco had experienced a harsh period of incarceration.

During the sentencing hearing, the court heard testimony from Turco and an acting ATRC supervisor.

Kwolek noted the offender faced lockdowns or denial of yard time for about 75 days, further reducing his liberty in the facility.

Turco was double-bunked in a cell (designed for one person), slept on a mattress on the floor, and due to an oversight he was kept there for all of his meals most of the time.

As a result, he ate his three meals a day on the floor, which "exacerbated ongoing issues with ants," resulting in the insects crawling on him when he was sleeping, Kwolek said.

This, along with being kept in his cell "for extended periods of time in contravention of what liberties he should normally be entitled to," had an adverse impact on Turco.

It caused him distress, upping his anxiety levels, and inability to sleep, which required an increase in his medications, Kwolek said.

"The court finds the conditions for this offender in custody were unduly harsh."

Turco pleaded guilty in August to 14 offences stemming from a break-in spree, where he targetted laundry rooms in numerous Sault Ste. Marie apartment buildings between Dec. 23 and Feb. 19.

During the 13 break-ins, he damaged laundry machines, using drills, screwdrivers and a specialized magnet, to extract coins from them.

The court heard a total of approximately $1,000 was stolen from the various locations, and the damages exceeded $3,500.

Kwolek decided 15 months (or 455 days) incarceration is appropriate for these offences — a sentence he called in the range between what the defence and Crown had proposed.

Using the standard ratio, he gave Turco a total credit of 329 days for pre-sentence custody, and assigned a "further mitigation of sentence for harsh pre-sentence conditions of 90 days."

That leaves the 34-year-old man with 36 more days to serve behind bars.

The Crown had asked the judge to impose a jail term of two years less a day, minus credit for pre-sentence custody.

Defence lawyer Jessica Belisle had argued that her client should be given an enhanced two-for-one credit for the 200 days he had spent in custody (at the time of the Aug. 29 hearing) because of the harsh jail conditions, and be sentenced to time served.

This would mean he faced about 14 months further incarceration.

Both lawyers had suggested that Turco also be placed on probation for two years.

Kwolek opted for the maximum period of three years with conditions that include substance abuse and mental health counselling, as well as a requirement that he stay away from the apartment buildings where he had committed his crimes.

The judge also imposed a standalone restitution order requiring Turco to repay the victims the stolen amounts of money and the cost of the damages.