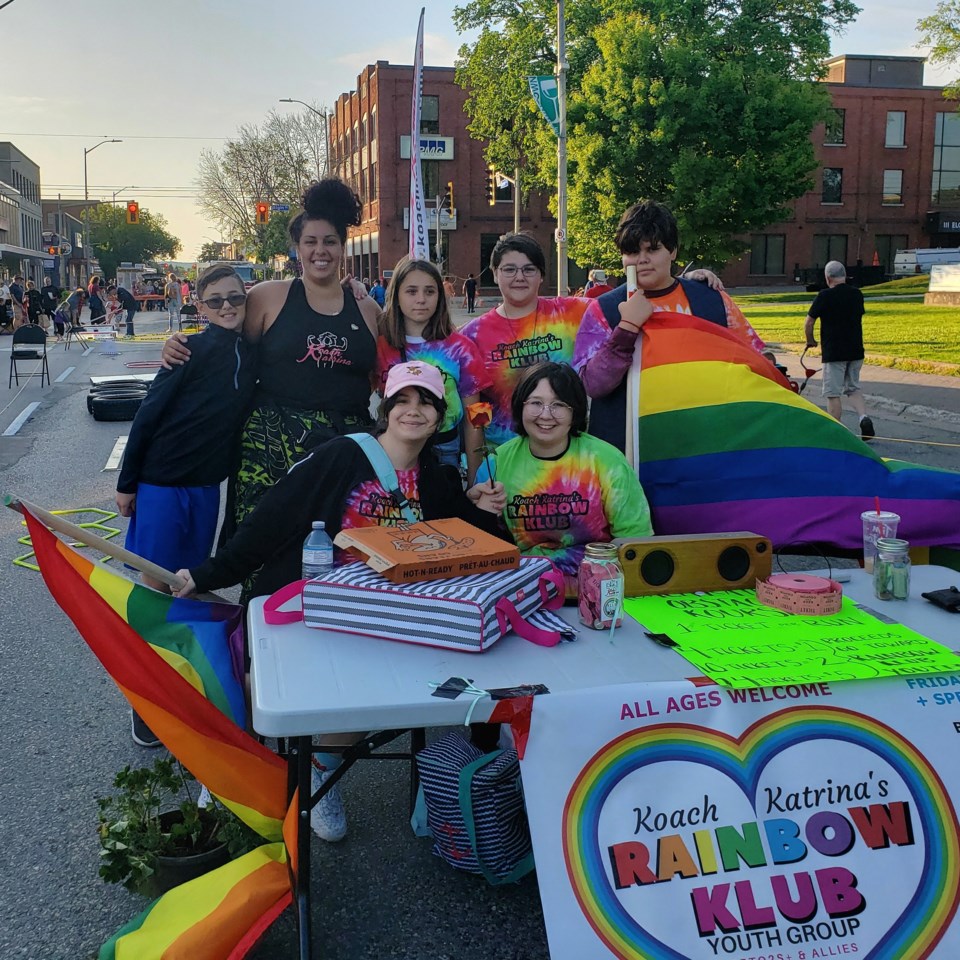 However, she finds herself forced to reduce the number of times her Rainbow Klub meets, from once a week to once a month.

The Rainbow Klub, which holds activities for 2SLGBTQQIA people (Two-Spirit, lesbian, gay, bisexual, transgender, queer, questioning, intersex and asexual), has, until now, met regularly every Friday at Francella’s fitness facility for a year.

Francella has put up a sign in her club’s street front window indicating the change.

“Last week I had to make the decision to only have our Rainbow Klub youth group meeting for just once a month, because I can’t financially have it any more on a weekly basis on Fridays,” Francella said, speaking to SooToday.

“Typically on Fridays people call me to find out if there’s a club meeting if they don’t have social media, so I just wanted to put up a sign in the window so that they knew.”

“Business is hard as it is, it goes month to month and always faces the threat of closure, so I couldn’t do the 40 hours a month it takes to facilitate setup, cleanup, ask for donations, try to do grant writing, do the errands, pick up and drop off the kids...it became too hard for me to run the Rainbow Klub on my own.”

“It was a really hard decision to make because I think these kids need this club,” Francella said.

The Rainbow Klub consists mainly of people from 12 to 18 years of age, though some are below or above that age range, 10 being the lowest number of people showing up at a club meeting, 40 the most.

“About 80 per cent of them come from homes that aren’t supportive of them,” Francella said of the club’s members.

She said they’re disappointed over this latest development, but understand her situation.

Francella said she needs to focus her time on trying to find sponsors, find dedicated volunteers to help with club activities, and on grant writing to gain not-for-profit status for her business, which she believes would be a big help in keeping her business open and reactivate the Rainbow Klub’s weekly meetings.

Francella said “it’s got to the point where I have to potentially look for other employment so I can sustain it. It’s important to myself and the people in the club.”

“My hope is that I can eventually have a daily after school program where I’m always able to open up my space and break up the groups by age, have more younger kids and more young adults in the Klub as well as the amount of teens we get.”

Francella said she will continue to offer personalized strength training classes at her gym, revolving around customers schedules at what she described as affordable rates.

Francella said $20 donations could cover the cost of feeding Rainbow Klub members at meetings, and she has developed a sponsorship letter whereby individuals or businesses could make larger contributions in different categories, such as:

Businesses which fall into the Supporting, Sustaining and Expanding sponsor categories would receive special recognition, Francella said, including having their logos on Klub event posters, Facebook and website pages, mention in press releases to local media, their business name listed on a sponsor wall and volunteers provided by Francella for business/corporate events.

“It would help me to be able to hire staff to open up the space, for me to pay people so that it’s not hard to get volunteers. These people deserve to be paid. We could go to the movies or a theatre production or go on hay rides, things that would be considered a luxury, things for the Klub to do together,” Francella said.