For Kevin Holmes, Crimson Ridge was the one project that couldn't be merely great. It had to be magnificent. "I was in a pickle," the Toronto-based golf course architect tells SooToday News. "I have a lot of friends and family here.
Jul 23, 2002 1:00 AM By: David Helwig 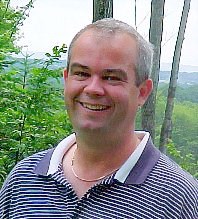 For Kevin Holmes, Crimson Ridge was the one project that couldn't be merely great.

It had to be magnificent.

"I was in a pickle," the Toronto-based golf course architect tells SooToday News.

"I have a lot of friends and family here. It was going to have to be spectacular, or I was going to hear about it for the rest of my life."

Holmes was born in Scotland, but moved to the Sault with his family during the 1970s.

He attended elementary school at St. Bernadette, then went to St. Mary's College before heading off to the University of Guelph to study landscape architecture.

In the years since, Holmes has designed about 15 golf courses.

But having married Saultite Lisa McCormick, and with his sister Samantha and parents Tim and Heather Holmes still living here, he experienced a certain trepidation taking on the Crimson Ridge commission.

As everyone knows by now, the results were nothing short of spectacular, and the 18-hole championship course held its official opening on Monday. Holmes works for the Toronto landscape architecture firm MBTW, which took advantage of the Crimson Ridge opening to introduce its newly formed golf design division.

Monday morning, he escorted SooToday on a tour of the par 72 course.

Ten years in the making

The idea for a Crimson Ridge golf course was conceived more than 10 years ago.

A group of Sault investors tried to make it happen during the early 1990s, but dropped the idea in 1992.

Vanbiesbrouck gathered together a group of backers, which bought the 335-acre Crimson Ridge site off Fourth Line from Algoma University College in April 2000.

The team that built the course

Holmes was brought on board a month later, and Sault-based Meakin Forest Products was retained to clear the way for the 18 holes.

Gil Edwards is the project manager. The painstaking work of shaping the course has been carried out by Warren Radomskey and Dan Philcox, both from Calgary.

Edwards, Radomskey, Philcox and Holmes are all shown in the photo accessible under the above link titled 'Team that built the course.'

Like every site, Crimson Ridge had its advantages and disadvantages, Holmes tells SooToday.com.

"There was sand as far as you can dig," he says.

Sand is the ideal base on which to build a golf course, he says.

Unfortunately, there was a huge mess of granite bedrock obstructing his vision for the 18th hole, so Holmes had about 5,000 cubic metres of the stuff blasted out.

The shattered rock was used as fill and as a decorative accent in countless other locations throughout the site. You can see lots of it alongside the road leading to Crimson Ridge north of Fourth Line.

As far as watering the bentgrass and dwarf bluegrass that covers the site, Holmes says Crimson Ridge was one of the most challenging courses he's ever worked on, with extensive irrigation infrastructure required.

Holmes wasn't exactly sure what the sightlines would be after the rock was trucked away, but the view from the 18th hole is stunning.

You can see the downtown and north shipping channel.

On a clear day, even St. Joseph's Island is visible.

Another signature hole is #17, a mid-length par 3 that requires a 150-yard tee shot across a steep ravine. The green is framed by two outcroppings of bedrock. Walking from tee to green, you pass a 60-foot waterfall.

Golf aside, it's often the clubhouse that makes or breaks a golf course.

The owners of Crimson Ridge have opted for a mid-sized structure, supplemented by an adjoining tent employed during special events such as Monday's grand opening.

Depending on the season and amount of foliage, the clubhouse location offers a view of four, even five holes.

"It's a natural location for a clubhouse," Holmes says.

Indeed, the entire site is a natural location for the Sault's only public 18-hole course.

Through until Sept. 3, you can play weekdays for $45. Weekends and holidays are $55.

The clubhouse restaurant and catering manager is Rosetta Sicoli, known for her memorable meals at A Thymely Manner on Albert Street.

A refreshing approach to news reporting