NEWS RELEASE KEN WALKER, CONSERVATIVE CANDIDATE ******************** Ken Walker defends parents A top Liberal spokesmen today insulted Canadian parents by claiming that they would spend a child care allowance on anything but their kids.
Dec 12, 2005 6:22 AM By: David Helwig 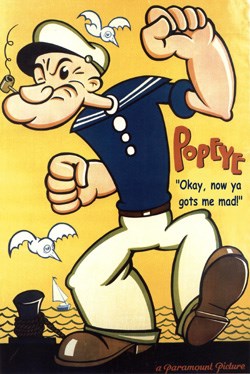 A top Liberal spokesmen today insulted Canadian parents by claiming that they would spend a child care allowance on anything but their kids. In a television appearance today, Paul Martin's Communications Director Scott Reid said parents would "blow" a proposed $1,200 per child allowance on videos, popcorn, and beer, while Liberal strategists John Duffy agreed, saying that parents might spend the money on cars rather than their kids. "These insulting remarks unmask what the Liberals really think about parents, that they can't be trusted to do what's right for their own children. This arrogance explains why the Liberals are opposed to giving all parents direct support to help them make the child care choices that are best for their families," said Conservative MP Rona Ambrose.

"Clearly, these top Liberals said what they really believe: that parents don't have their childrens' best interests at heart. An apology won't change the fact that they are opposed to giving parents child care choice because they don't trust parents to make the right decisions," said Ambrose.

"Rona Ambrose is a leading young MP in the Conservative Party," Walker stated. "She believes in parents and she believes in choice in childcare." "The Liberals, on the other hand, are anything but respectful toward working families. The Liberals have insulted every young couple and single parent who sacrifices his or her wellbeing for that of their children.

Perhaps the Liberals ought to address their own unethical financial waste before accusing Canadian families of the same. These millions of Adscam dollars are worth an awful lot of beer and popcorn."

"The Conservative Party of Canada believes that parents, rather than politicians, know best how to spend the money they earn," Walker concluded. "Ethical government begins with trust and respect toward those who elect you." The Conservative Party of Canada would create 125,000 new child care spaces, while also giving direct transfers to all parents of $1,200 per child per year for child care to use in a way that is best for their family's child care needs.

Conservatives are offering choice to parents and targetting daycare spaces for working Canadians while the Liberals are offering a one-size-fits-all system that excludes the majority of Canadian families.