Jim Loney finds a friend, from the FBI's most-wanted list

Ever since the FBI started its "Ten Most Wanted Fugitives" list in 1950, just 500 people have been sufficiently notorious to be so recognized.
Dec 5, 2005 10:44 AM By: David Helwig 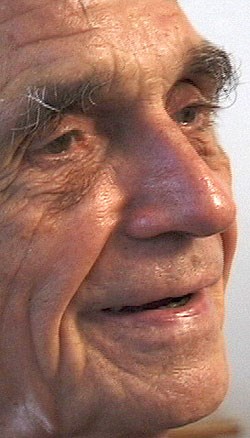 Ever since the FBI started its "Ten Most Wanted Fugitives" list in 1950, just 500 people have been sufficiently notorious to be so recognized.

One of them is Reverend Daniel Berrigan, the Jesuit-educated poet and peace advocate whose non-violent activism so exasperated U.S. officials that J. Edgar Hoover once publicly branded him as a "traitor."

The Iraqi militant group is threatening to execute Loney and his fellow peace activists this coming Thursday unless all prisoners in Iraqi and U.S. detention centres are released.

"Members of CPT willingly undertook the risks of living among Iraqis, in a common neighborhood outside of the infamous Green Zone," the petition states. "They sought no protection from weapons or armed guards, trusting in, and benefiting from, the goodwill of the Iraqi people. Acts of kindness and hospitality from Iraqis were innumerable and ensured the CPT members' safety and wellbeing.

"We appeal to those holding these activists to release them unharmed so that they may continue their vital work as witnesses and peacemakers."

More SooToday.com coverage of this story