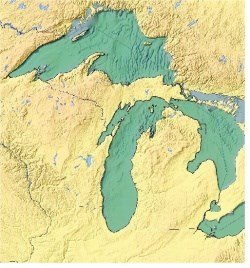 The question was based on the lack of communication between the government and program participants who had written the minister about the funding. The program is a much-needed component of a lake-wide management plan for Lake Superior which falls under the larger bi-national body, the International Joint Commission, which is responsible for the Great Lakes.

While most involved are volunteers, the program does require funding to undertake its mandate. “Not only is this program designed to restore degraded areas and protect this unique headwater from pollution and urbanization,“ said Hughes. “But it is also part of long-standing commitments between Canada and the U.S. to protect and restore our Great Lakes.” In his answer, the Minister of the Environment did not confirm Canada would be committing resources to this critical environmental initiative, which leaves many individuals who have worked countless volunteer hours and the program itself in limbo.