Garden River First Nation's Naomi Sayers was working a high-profile job for Hydro One in Toronto. Then, she wanted something more
Feb 7, 2020 7:00 PM By: James Hopkin 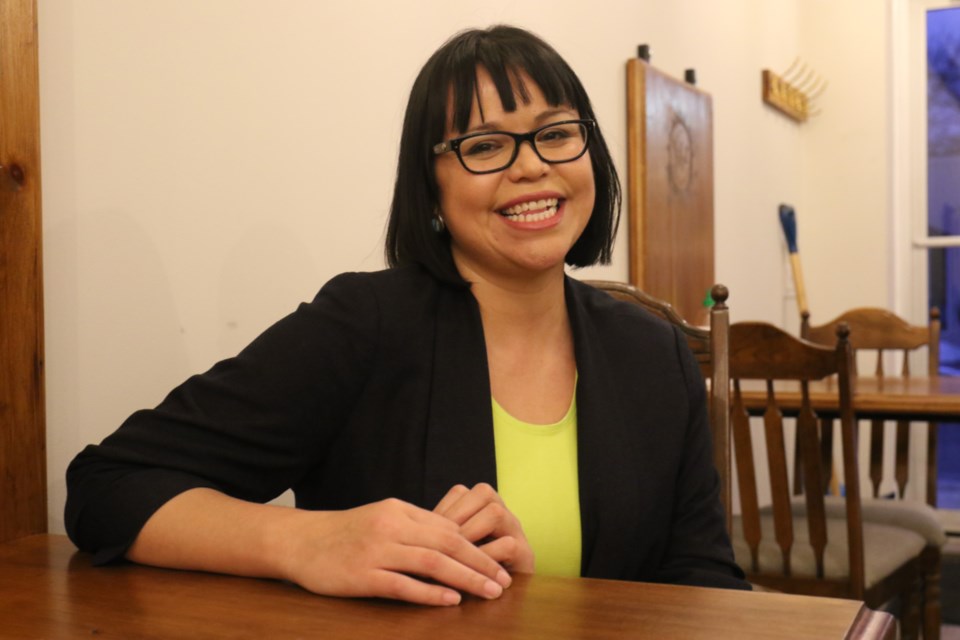 Indigenous lawyer Naomi Sayers has returned home to the Algoma District in order to open her own law practice, years removed from leaving Garden River First Nation as a young woman.

The barrister-slash-solicitor and notary public officially launched her practice during an informal meet-and-greet at Vibe Eatery and Juice Co. in downtown Sault Ste. Marie Feb. 6.

Sayers - who had been working a high-profile job as legal counsel at Hydro One in Toronto prior to moving back to the region - defines her new business venture as a broad public law practice, allowing her to tackle everything from criminal law to Indigenous law to energy and mining law.

“Generally what that means is if the government has made a decision that has personally affected you, you come see me,” she said.

Sayers originally left Garden River First Nation in her twenties looking to expand her horizons, eventually graduating with a bachelor of arts from Western University. She would later graduate from the University of Ottawa’s Faculty of Law in 2017 with a specialization in public law and dispute resolution, in addition to a specialization in professional responsibility.

A relatively new member of the Algoma District Law Association, Sayers was called to the Law Society of Ontario in 2018, and it’s expected that she’ll be called to the Alberta Law Society at the end of February.

“I want to keep my practice open to individuals in Alberta, and I have a strong desire to assist and keep my energy practice,” she said.

Using lived experiences to help others

Sayers tells SooToday that she’s always desired to give back to her community and ultimately help others.

She has seen how large, powerful institutions have treated less powerful individuals - those instances did not sit right with her, and as a result, she has always wanted to give back by helping people understand their rights and what resources are available for them.

Some of her lived experiences, she tells SooToday, informs her work in the legal field.

The Sault Ste. Marie-based lawyer has been involved in the justice system both as an offender and a victim, and once used the sex trade to support herself.

She also suffered a serious brain injury when she was 15 years old, which she says impacted her significantly.

“I don’t know what happened. I don’t remember what happened. I was walking, and then I got hit by a car on the highway in Garden River,” she told SooToday. “It was pretty bad. I had a really bad brain injury. I had bleeding on the brain, fractured skull. I think they said my brain was swollen.”

“They didn’t do surgery on the brain, but they had to do a lot of monitoring. I remember being in the hospital in Sudbury, but if you ask me anything a week prior or after the accident, I couldn’t tell you.”

Sayers was a changed person after her injury - she had to learn how to manage new things, and her attention span had taken a hit.

Nowadays, she has issues pronouncing some words - bigger words - or verbalizing words that are on the tip of her tongue.

“You can see the word in your head, but sometimes that word doesn’t come out for me,” said Sayers. “I usually have to be really intentional about my words, which is kind of a good thing, because then I’m not saying what comes off the top of my head."

"I’m not using big words that go over people’s heads, so it’s a good thing,” she continued with a laugh. "I’m trying to see the positive in that.”

Upon moving back home this past August, Sayers took a few months to meet people and establish connections in order to build a solid foundation for herself before launching her own practice.

As much as she loved her experience as legal counsel for Hydro One in Toronto, she knew that she wanted something more, and knew that she had to do it on her own.

“I feel more connected. Toronto’s different, Toronto’s nice, but being back home in the Sault, it feels like home - and it is home. Toronto doesn’t have that feeling, right? You feel so disconnected, and everybody here is so warm and so welcoming. There was no grand plan for me, it was just more about me wanting something different - and I did it.”

Sayers feels her new practice affords her some flexibility in terms of being able to choose what work she does, and if she can’t help a potential client, she can at least refer them to a colleague or another lawyer to help them.

“I have a lot of great files right now - the goal is to build a presence here in Algoma, to meet people, to help businesses and individuals,” she said. “I don’t want to be taking away or be a distraction to anybody.”

“When people come to see lawyers, it’s generally not a nice time, so I want to be somebody they can look forward to seeing and meeting, despite whatever trouble is going on in their lives, to be a source of positivity.”