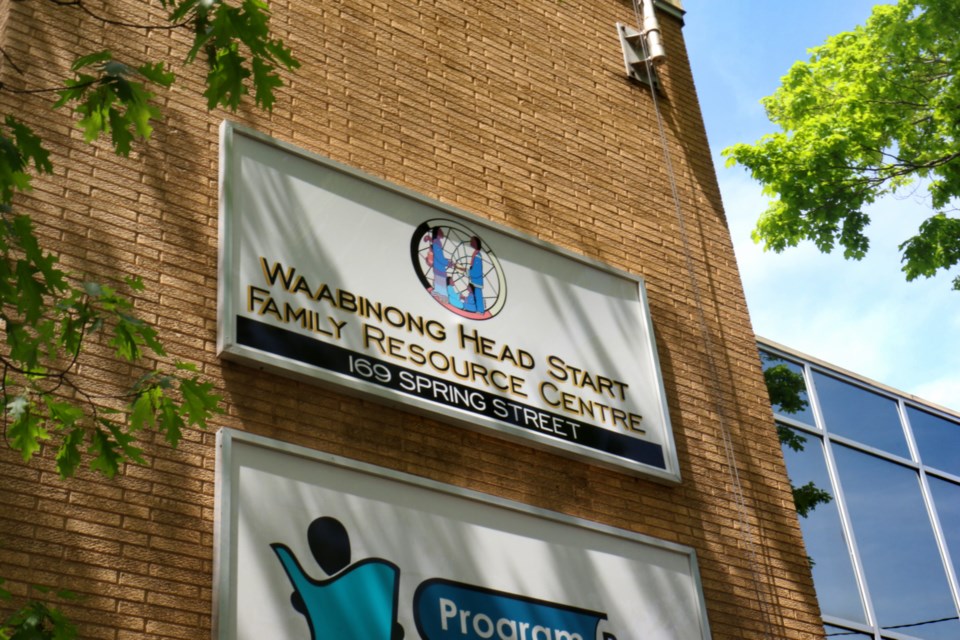 Waabinong Head Start Family Resource Centre will roll out two new child care programs for more than 70 Indigenous children thanks to a $2.2 million funding commitment from the province. James Hopkin/SooToday

The District of Sault Ste. Marie Social Services Administration Board (DSSMSSAB) is receiving $2.2 million in funding from the Ontario government for an expansion of Indigenous childcare services.

The money will also help launch a drop-in centre for parents and children - known as the Indigenous EarlyON centre - which will be operated by the Sault Ste. Marie Indian Friendship Centre, at the Etienne Brule community hub.

“In the First Nation context, the colonization, the racism that has historically existed...there’s a lot of social supports that are required,” said DSSMSSAB chief administrative officer Mike Nadeau. “When we spoke to the community, it was really, really evident that they needed to be fully subsidized spaces - not partially subsidized, not a percentage of subsidized spaces.”

“What we did is we built a business case that offers every parent a completely subsidized free childcare.”

Waabinong Head Start general manager Kevin Tegosh says that there’s currently a waiting list of 52 children awaiting access to the preschool program provided by the Indigenous family resource centre, which has 48 children who attend the program four days a week.

“The children we deal with is high risk, whether they have autism, ADHD, whatever it might be,” Tegosh said. “The more programs we have involved in their lives - whether it be CAS, Nogdawindamin, Algoma Family Services, Algoma Public Health - they get into our program quicker.”

It was also announced that the former St. Bernadette Catholic School - now owned by the Aboriginal Housing Corporation - will contain 14 apartments for Indigenous single parents, in addition to another child care program facilitated by Waabinong Head Start.

“It’s going to be a place where people live and learn with their children together, to start high school, college, university and then into the labour market,” Nadeau said of the apartments.

The Indigenous EarlyON centre on the grounds of Etienne Brule, Nadeau says, will serve as a drop-in centre where parents can go with their children to learn “best practices.”

“Locally our Indigenous population is over ten per cent of the city’s population, based on the last census, and we did not have any Indigenous-specific childcare centres,” Nadeau said. “There wasn’t an existing model in the community, so it’s pretty easy to make the case.”

Although there isn’t a hard and fast deadline for the Indigenous child care programming to begin, it’s expected that tenders for all capital projects - including the retrofitting and repurposing of Waabinong’s Spring Street headquarters - will go out this fall.