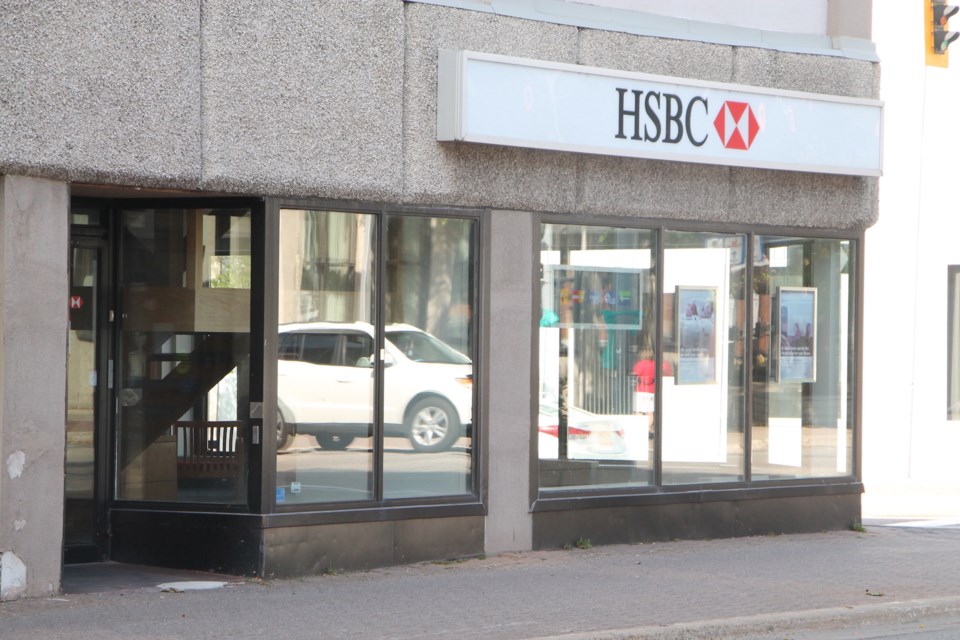 HSBC has announced its Sault branch will close in February. Darren Taylor/SooToday

HSBC will close its Queen Street East branch on Feb. 17, the company announced this week.

Employees were notified Tuesday and letters to customers went out today, said Aurora Bonin, an HSBC spokesperson based in B.C.

The closure will eliminate the equivalent of 4.5 positions at the Sault branch.

"We 100-percent realize there is going to be an impact," for both staff and customers, said Bonin.

The move comes as people change the way they bank — preferring online or phone banking over visiting a branch, said Bonin.

HSBC has made nine "changes" to its Canadian branch network in recent months, although most of those are consolidations where other branches existed close by, she said.

Once the Sault closure takes place, the nearest HSBC branch will be in Barrie. Bonin said the company recognizes the distance but said there is potential for staff to relocate.

Impacted employees will get severance and personal and career counseling is being made available to them, said Bonin.

For customers, HSBC will assist those who wish to transfer to another financial institution, or help them set up online or phone banking. She said HSBC customers will continue to be able to use ATMs that are part of THE EXCHANGE network without service fees. Local THE EXCHANGE members include Northern Credit Union, Community First Credit Union and Manulife Bank of Canada.

Bonin said customers should contact HSBC if they have any questions.