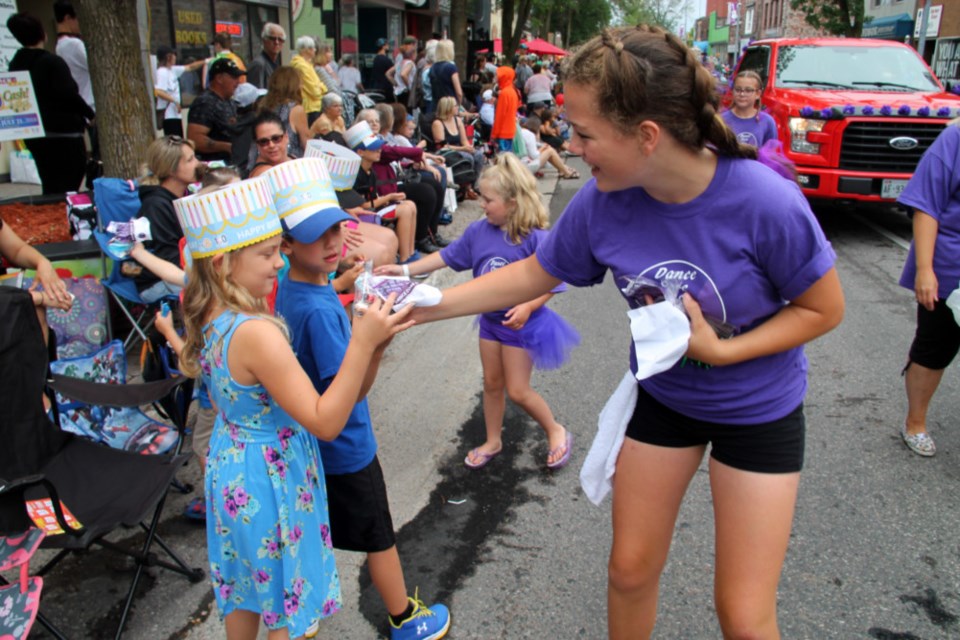 The Rotary Club of Sault Ste. Marie’s president says the organization's annual car draw will hopefully be held in November (much later than the usual July), while also expressing her hope that Rotaryfest and the annual Community Day Parade will be held in August.

However, Suzanne Priddle-Luck, Rotary Club of Sault Ste. Marie president, told SooToday those chances for an August Rotaryfest and parade “are slim.”

A decision will be made next week, Priddle-Luck said, whether to hold Rotaryfest at some point later in the summer.

That decision will be left to Ontario government and Algoma Public Health (APH) COVID-19 guidelines regarding social distancing and the number of people allowed in public gatherings, Priddle-Luck said.

“We have so many events a year that we use as fundraisers, the biggest one being the car draw (usually held during Rotaryfest in July).”

“Rotaryfest may or may not go (this year), it’s not going in July obviously, we’re hoping to have the car draw in November and have it coincide with the Santa Claus Parade, which is another one of our events.”

“The majority of our (car draw) tickets are sold person to person, outside the grocery stores, Canadian Tire, on the Rotaryfest grounds, so we’re very concerned whether we can sell enough tickets,” Priddle-Luck said.

“We’re still hoping to go forward with the car draw because the majority of those car draw funds go to Easter Seals. If we don’t have a car draw then there’s no donation (to Easter Seals).”

Apart from helping Easter Seals youngsters, Rotary’s other main favourite cause is support of the THRIVE Child Development Centre, where children and youth with developmental disabilities are offered physiotherapy, speech-language pathology and social work services to boost their ability levels.

The service was established in 1952 as The Rotary Children’s Centre, renamed as THRIVE in 2016.

“We also give out $11,000 worth of scholarships every year that comes out of our car draw, and then we use the excess for other charities we support, and we try to stick with our mandate of helping children with disabilities,” Priddle-Luck said.

The drop in donations from businesses hit by the COVID clampdown and from individuals who lost, or are in danger of, losing their jobs due to the clampdown has hit Rotary hard.

“In August we normally have the Rotary Charity Golf Classic, that is to fund THRIVE...the golfers, of course, pay (to participate) but really it’s through corporate sponsorship. We may not be able to have the golf tournament, depending on the (COVID-19 social distancing) rules, we’re hoping to, we still don’t know whether that’s a go, and that’s huge because we normally raise $20,000 to $30,000 for THRIVE through that tournament,” Priddle-Luck said.

“It would be really sad (if the Golf Classic is cancelled due to provincial government and public health restrictions).”

“We’re a club that’s centred around weekly meetings, and we’re meeting on Zoom but it’s not the same. We’re working on doing some brainstorming and trying to figure out alternate ways to fund raise,” Priddle-Luck said, emphasizing Rotary doesn’t wish to lay off its two paid staff members.

Rotary’s Battle of the Sections, a pass the cup fundraiser for Easter Seals held during Soo Greyhounds home games, has also suffered because of COVID-19’s effect on the OHL season.

“We’ve struck up a committee to sit down and budget and figure out ‘how can we make it a year if we don’t bring in any funds?’”

“It’s a vicious circle. If we don’t get the support financially we can’t pass it on to the charities we support every year.”

Last year, The Rotary Club of Sault Ste. Marie, after fundraising, gave out $187,000 in donations.

“It’s an amazing organization…(but) this fiscal year is going to be a challenge,” Priddle-Luck said.