Halfway Haven won't re-open unless it can come up with major funding, lodge official says 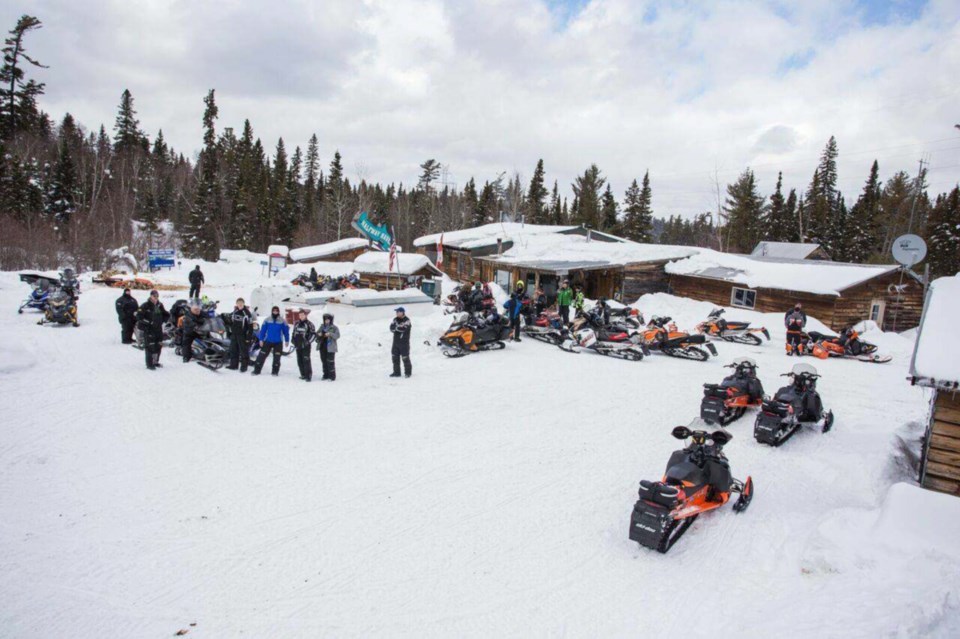 Halfway Haven, a spot where snowmobilers can safely rest, has announced it will not re-open for upcoming seasons due to financial challenges posed by COVID, a mild winter and staffing issues.

At the same time, the owners aren’t giving up hope.

“We want to investigate every avenue and opportunity to salvage the situation,” said Darrell Hoag, Halfway Haven staff accountant, speaking to SooToday Monday in a telephone interview from Bronson, Michigan.

Halfway Haven, situated 140 kilometres northeast of Searchmont, 105 kilometres southeast of Wawa, 90 kilometres west of Chapleau and accessible by a road off Highway 101, is a lodge which can accommodate 38 people.

It was established in 1998 and has been owned by a Bronson, Michigan-based business group for the last six years.

The lodge is an essential stop for food, gas, lodging and safety for snowmobilers on long distance wilderness adventures.

“Snowmobiles are getting better and better with fuel efficiency but you technically cannot make Sault Ste. Marie to Wawa or Chapleau or Dubreuilville without fuelling at our gas pumps,” Hoag said.

“If we don’t provide fuel services there, then we’re not only talking about closing Halfway but we’re talking about some serious harm to Chapleau, Dubreuilville and Wawa. Sault Ste. Marie has industry. Snowmobiling isn’t as critical to them as it is to some of these outlying communities but they (Sault snowmobilers) are still part of our family.”

Hoag added the lodge has acted as a vital medivac spot for injured snowmobilers on more than one occasion.

“Typically what happens in the life cycle of Halfway Haven is the busy seasons (winter) are when we build enough reserves to carry us through the slow seasons (four-wheeling and hunting available in the summer and fall). We make a lot of money in our winter that carries us through the rest of the season.”

But with the Canada-U.S. border closed to non-essential travel (including American tourists who love Canadian snowmobile trips) since March 2020 and a relatively mild winter in 2021, Hoag added “there were some issues that forced us not to be able to open the trail into Wawa that had to do with hydro, they were doing some work on their land, which is understandable, and then we had two different health districts between Sudbury and Algoma so the Chapleau trail couldn’t open.”

That makes for a very rough 2020-21 winter season for Halfway Haven, Hoag said.

“Typically this would only be opening up for the summer season and we don’t have the reserves.”

The U.S. ownership would normally have been able to subsidize the operation, but the other companies under their direction have also been hurt by the pandemic, Hoag stated.

The 23-year-old building also needs repairs (such as its well water system) which the owners cannot afford on their own, he added.

Hoag estimated repairs to the property, keeping the rising prices of construction supplies in mind, would cost $1 million to $1.2 million.

“What I’m hoping is somebody’s going to reach out to me (with experience in bush construction) and tell me it’s going to cost me how much per square foot.”

There is a ray of hope in all this.

Apart from an outpouring of sympathy on Facebook from those who love the lodge, Hoag said a provincial government official informed him the Northern Ontario Heritage Fund Corporation (NOHFC) can match any funds raised by the Halfway Haven ownership group to keep the lodge going.

“That’s what I understand. Basically what was referenced to me was the situation at Searchmont Ski Resort (and NOHFC’s support of it, along with many other partners, in the Searchmont Retention Project).”

“The other crucial thing is staffing,” Hoag said.

A couple which has helped with lodge operations over the past two years has retired.

“We are still searching for the right persons, or couple who view the running of a remote camp as a life calling. If you know those people, or if you are those people, please reach out to us,” Halfway Haven wrote through social media.