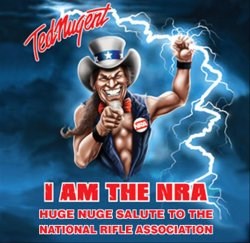 "As a member of the U.S. House of Representatives, Congressman Bart Stupak has supported the constitutional rights of law-abiding gun owners and sportsmen, and demonstrated a commitment to the Second Amendment and to preserving our country's rich hunting heritage," said Chris W. Cox, chairman of NRA political victory fund (NRA-PVF).

"His pro-gun support has earned him an 'A' rating and endorsement from NRA-PVF. I urge every NRA member in Michigan's First Congressional District to vote for Bart Stupak on November 4," Cox said.

Stupak cosponsored and voted for the Bureau of Alcohol, Tobacco, Firearms and Explosives (BATFE) reform bill to modernize and improve BATFE operations by rolling back unnecessary restrictions, correct errors and codify longstanding congressional policies on firearms.

He cosponsored and supported the Protection of Lawful Commerce in Arms Act, prohibiting gun confiscation during states of emergency.

He cosponsored and voted in support of the District of Columbia Personal Protection Act, to overturn one of the nation's most restrictive gun laws.

Stupak signed onto a congressional amicus brief in the case of District of Columbia v. Heller, which found that the Second Amendment protects an individual right to keep and bear arms.

"I am honored to have the support of the NRA," Stupak said. "I am a strong supporter of our Second Amendment rights. The vast majority of gun owners are responsible sportsmen and women who like to hunt and shoot for sport. These activities are essential parts of our economy and our cultural heritage."

"I have consistently urged my colleagues to work for effective ways to curtail violent crime in America, but not by simply passing gun laws that unfairly penalize responsible gun owners," Stupak said.