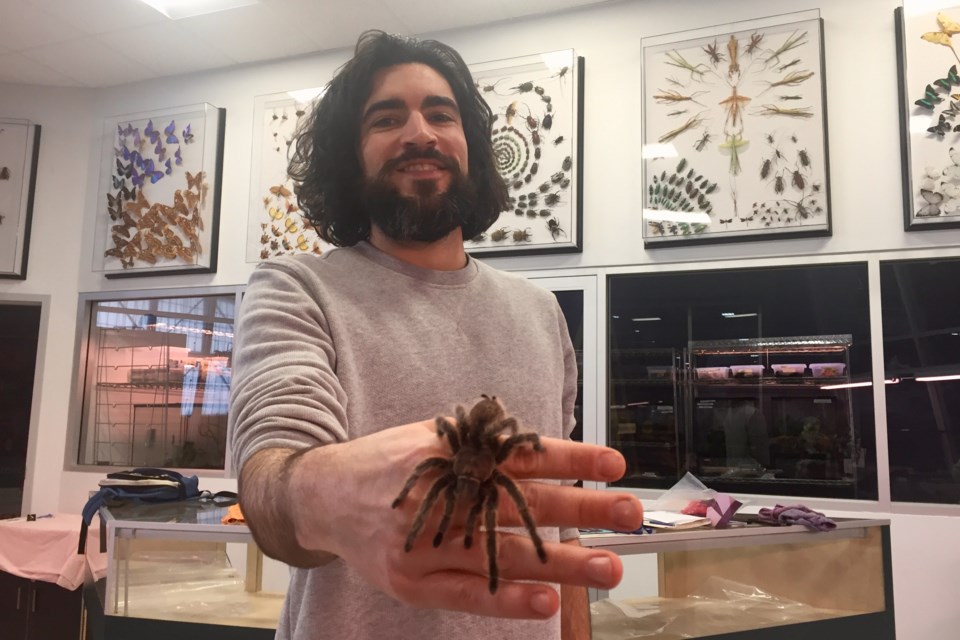 Entomica's Michael Odom shows off Rosie the Chilean rose-haired tarantula, who was handled by hundreds of Saultites during last year's Halloween on Queen event. David Helwig/SooToday.

EDITOR’S NOTE: This article was based on a presentation made by Ermatinger-Clergue’s Kathy Fisher at this week’s meeting of the Sault’s historic sites board, plus subsequent discussions with Michael Odom, executive director of Entomica. Since publication, Entomica’s John Dedes has contacted us to state that Rosie the tarantula was not “grumpy” on the day in question, and that he does not definitely know what caused him to break out in hives afterward. Dedes vigorously defends the safety of Entomica’s insect-handling practices. The headline on this story has been updated

"Drumroll please!" said curator Kathy Fisher as she announced this week that the popular tourist attraction drew a record 31,065 visitors in just-finished 2019.

Targeted attendance for last year was 23,584.

Two major factors in the 2019 spike were the Sault's first annual Poutine Feast and the unexpected success of a Halloween on Queen event organized by Stork+Bundle and the Downtown Association.

Fifteen thousand poutines were scarfed down at Poutine Feast from June 28 to July 1, leading some out-of-town vendors to seriously wonder if it was the first time the popular Québécois dish had been served to Saultites.

Fisher had to be out of town during last year's Halloween event, but invited Entomica biologist John Dedes to Ermatinger-Clergue to entertain visitors with Rosie – a Chilean rose-haired tarantula.

Like most New World tarantulas, Rosie has urticating hairs that are molted as a self-defence mechanism.

Michael Odom, Entomica's executive director, says Rosie has been handled by hundreds of people without incident.

The mildly-venomous hairs she shed caused Dedes to break out in hives for three or four days, Odom told SooToday.