Goulais River gets its own full-time paramedic as population ages, volunteers burn out

Prince Mayor Ken Lamming wants to know what a lone paramedic is going to do in Goulais between emergency calls
0
Mar 28, 2019 10:00 AM By: David Helwig 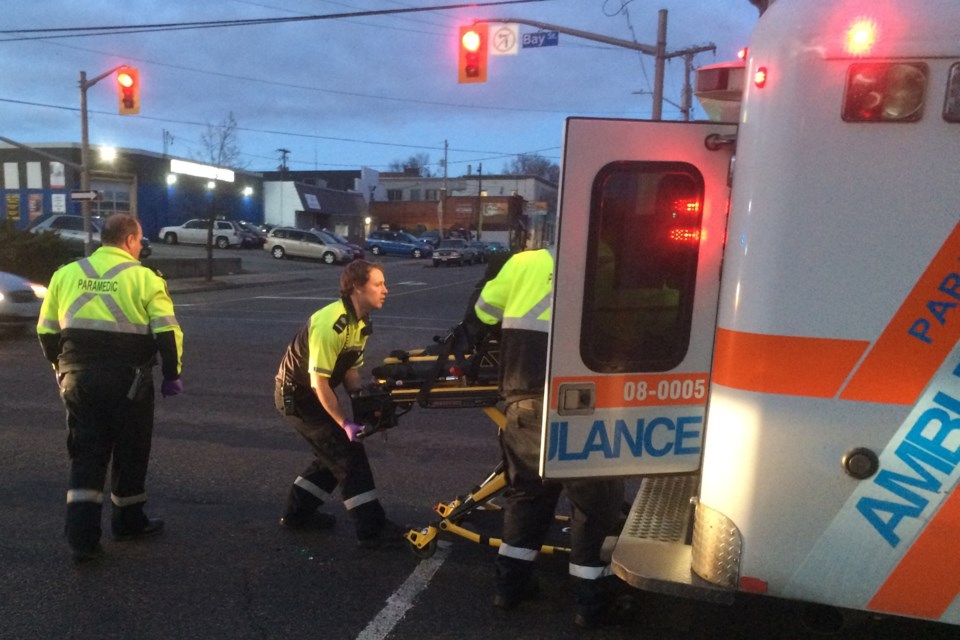 In a bid to improve response times north of the city, Sault Ste. Marie Social Services has agreed to deploy a paramedic and a new emergency response vehicle to Goulais River for 12 hours a day, seven days a week.

"When a call for emergency service is dispatched, the paramedic will go and take ownership of the patient and start treating them. And then the ambulance will be dispatched should they need to be transported, to receive the patient," Nadeau said.

"Right now, we go all the way to Montreal River. So if someone is in Goulais Bay or Pancake Bay and calls an ambulance, they don't get seen until the paramedic gets dispatched from the Sault and drives all the way up there. It's going to improve our response times, to make sure that we're providing better patient coverage."

Half the $300,000-a-year cost of the Goulais paramedic and vehicle will be paid by DSSMSSAB, which approved the expenditure last week as part of its 2019 budget.

The other half will be covered by the Province of Ontario.

Prince Township Mayor Ken Lamming questioned the cost of the initiative and wanted to know what the lone paramedic on duty would be doing in Goulais with all the free time between emergency calls.

Prince, Searchmont, Batchawana and Goulais River have all fielded emergency first response teams, operated by volunteer fire departments, that are trained to assess, treat and stabilize patients until an ambulance arrives.

But ambulance call volumes have risen 35 per cent over the past five years, the district population is aging, volunteers are burning out and communities are finding it hard to maintain sufficient numbers of trained volunteer first responders.

Goulais River Fire and Rescue has pushed recently for improved ambulance service north of the Sault.

In the past, the group has offered free use of its hall as a paramedic base, Nadeau says.

He's hoping an agreement can be reached now allowing that.

The Goulais paramedic is expected to work day shifts because of increased demand during those hours.

There's currently no ambulance base in the Sault North area, forcing residents and travellers on the Trans Canada Highway to rely heavily on volunteer first responders.

A recent consultant's report also recommended basing an ambulance in the Sault's west end, but city officials are currently studying overall distribution of emergency services and DSSMSSAB is waiting to hear back from them.

In other news, DSSMSSAB has served notice to Sault Area Hospital that it no longer wishes to use its emergency vehicles for non-urgent patient transfers to hospital.

But the hospital says it's at least six months away from making alternative arrangements.

Meanwhile, the recent reduction in size of Sault Ste. Marie City Council is affecting its representation on DSSMSSAB.

Normally, the Sault appoints six city councillors to the social services board.

But the city has served notice to DSSMSSAB that it will only appoint five councillors because six would now comprise a council quorum.

DSSMSSAB is asking the Ontario Ministry of Children, Community and Social Services for revisions to the District Social Services Administration Boards Act to reflect the change.