The National Post, Globe and Mail and other media are reporting this afternoon that Gord Lightfoot is alive and well.
0
Feb 18, 2010 2:36 PM By: David Helwig 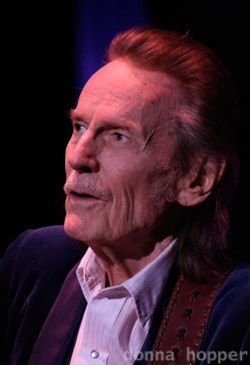 The National Post, Globe and Mail and other media are reporting this afternoon that Gord Lightfoot is alive and well.

The National Post and other Canwest newspaper websites including the Vancouver Sun, Ottawa Citizen, Montreal Gazette and Calgary Herald all erroneously reported today that Lightfoot was dead, quoting his longtime musician-friend Ronnie Hawkins.

Now, the Post is attributing the report to an Internet hoax that was started on Twitter, reportedly by someone from Ottawa.

CP24.com has traced the story back to Canwest political reporter David Akin, who "made a well-circulated post on Twitter that the singer had died, quoting anonymous sources close to Lightfoot."

However, Canwest reported late this afternoon that Ronnie Hawkins says that someone claiming to be Lightfoot's grandson left a message for him, indicating that his grandfather was dead.

"Hawkins said he then told his wife Wanda, who sent out e-mails to some of their close friends and contacts in the music community, where the false news spread further," Canwest says.

Bernie Fielder, Lightfoot's longtime publicist and manager, told the Globe and Mail this afternoon that Lightfoot visited his dentist today and then proceeded to his office.

The Toronto Sun got through to Lightfoot himself. "I’m in great health," he told the newspaper. "I’m doing fine. I’m running around right now, doing my errands."