At time of writing, it is 5 p.m. Saturday in Baghdad, where a group calling itself the Swords of Justice Brigades is threatening to kill Saultite James Loney and three fellow peace activists today if its demands are not met.
Dec 9, 2005 10:50 PM By: David Helwig 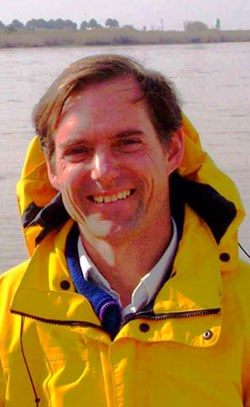 At time of writing, it is 5 p.m. Saturday in Baghdad, where a group calling itself the Swords of Justice Brigades is threatening to kill Saultite James Loney and three fellow peace activists today if its demands are not met.

The Associated Press is reporting this morning that the militant group has so far made no contact with Iraqi authorities today.

"I really can't imagine anything worse than the scenario that myself and my family are going through right now," said Jim's brother Edward very early on Saturday.

"The uncertainty is really difficult to deal with."

SooToday.com is monitoring the situation and will post updates as events unfold.

Technically, the group's deadline passed at 4 p.m. Friday, but CTV News is quoting terrorism expert Eric Margolis as saying that "time in the Middle East and in Arab society is very relative ... so these deadlines don't really mean too much."

Margolis told the network that it's a good sign that the original deadline of Thursday was extended, indicating that some form of negotiations may not be taking place.

CNN is quoting James Loney's brother Edward as saying that the four abducted members of Christian Peacemaker Teams were gathering evidence about the treatment of people detained by occupation forces.

"So it was important for my brother's team to be there to hear the testimonials of people who are being snatched up in the night and detained against their will," Edward Loney said. "He has really strong values about peace and loving people equally, and getting a message out about human rights, the importance of human rights for all individuals."

Britain's Guardian newspaper is reporting last-minute calls "from across the Middle East" for the release of the four hostages.

As many as 350 Iraqi prisoners held by U.S. forces are to be released this weekend, the newspaper says, as part of a previously-scheduled plan to release prisoners who are not expected to be prosecuted.