Live one day at a time and make sure you drink a rum and Coke every afternoon, says local supercentenarian
Dec 14, 2019 1:00 PM By: SooToday Staff 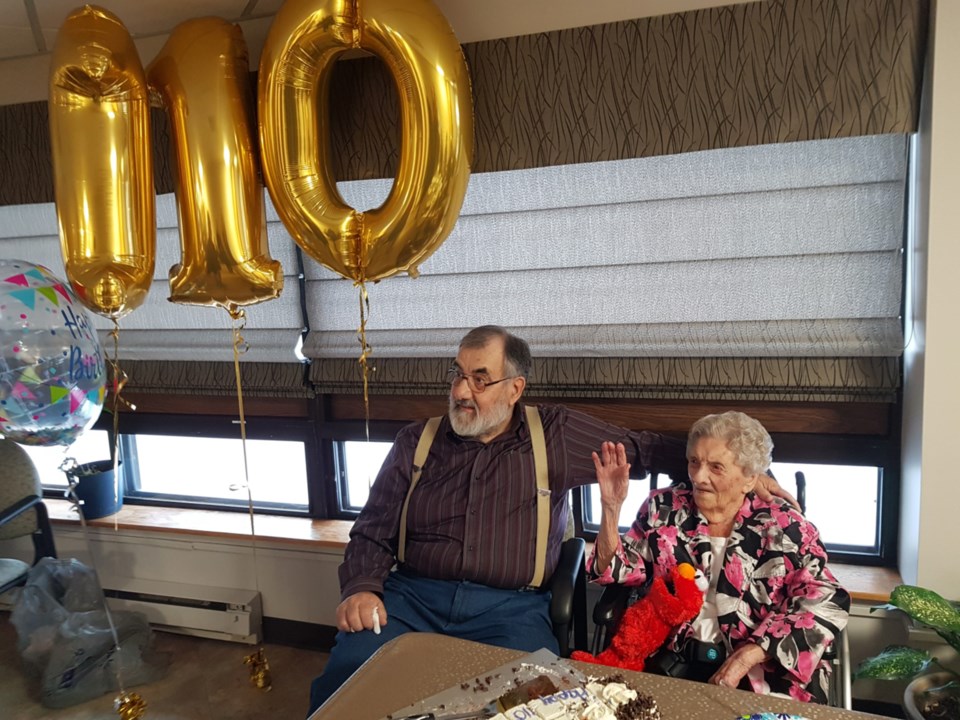 “Family and friends celebrated with Emily, sharing stories while enjoying a piece of cake and a cup of coffee,” wrote Heidi Schell, Ontario Finnish Resthome Association (OFRA) purchasing and marketing agent, in an email to SooToday.

“Emily lived on St. Joseph Island until she was 20 years of age and then she decided it was time to fly the coop, moving to the Sault. She married in 1938, had her daughter in 1940, then divorced in 1950 and finally married the love of her life, Loren McCool, in the 1960’s. Emily worked in a variety of grocery stores as well as a proofreader for the Sault Star, also working as a candy striper at the Sault hospital.”

“Emily came to reside at the assisted living building (Kotitalo) at the Ontario Finnish Resthome at the age of 101. That in itself is incredible to be semi-independent at the age of 101. At the age of 107, in June 2016, Emily transitioned into 24-hour nursing home care at Mauno Kaihla Koti. Speaking with her son-in-law Pat, I asked what she attributes her longevity in life to,” Schell wrote.

“He said, ‘well, as she would say, nothing in particular, but live one day at a time and make sure you drink a rum and coke every afternoon.’”

“She never ceases to amaze us! Last year she got up and did a little dance on her 109th birthday. Emily has brought a lot of joy to all of us here at OFRA and we are honoured to be a part of her OFRA family,” Schell wrote.