Firefighters to city: 'can we talk?'

The city’s agenda review committee will decide by tomorrow if the association will be granted standing at the upcoming council meeting
Apr 4, 2016 9:15 PM By: Kenneth Armstrong 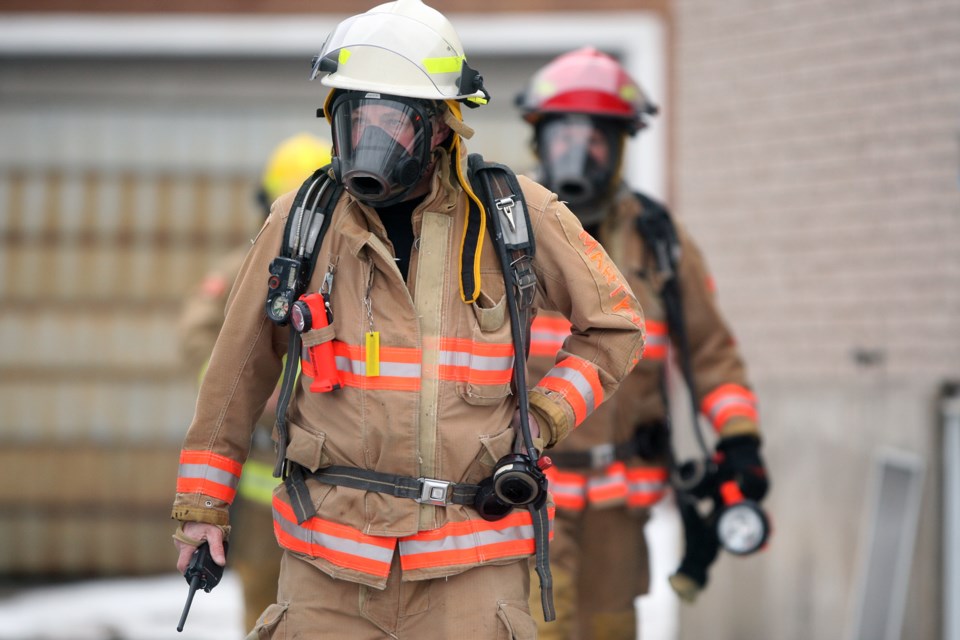 The union representing the city’s firefighters hopes once again to address city council and implore the city to perform an independent and comprehensive risk assessment by the Ontario Fire Marshal.

“The cutbacks have already caused delays of over 4 1/2 minutes between first and second arriving crews. When seconds count, these changes translate directly into a proportional increase in expected property, life, and economic losses,” writes Kenopic.

The association hopes to be accepted as a delegation to speak at Monday’s meeting.

The city’s agenda review committee will decide by tomorrow if the association will be granted standing at the upcoming council meeting.

In October, city council accepted a proposal put forth by Fire Chief Mike Figliola cutting 20 firefighter positions within the next three years in a realignment of fire services.

Mayor Christian Provenzano and council have repeatedly resisted calls — by the Sault Ste. Marie Professional Firefighters Association, former Ontario Fire Marshal Pat Burke, as well as from both opposition parties in Queen's Park — for the risk assessment to be completed.

The mayor has also stood by Figliola’s decision to cut the on-truck complement of firefighters from four to three.

In the letter, Kenopic writes, “our fire apparatus will be staffed with only three firefighters instead of four, which is not enough to initiate interior search and rescue or begin aggressive interior fire suppression when first arriving on scene.”

Earlier this year, Provenzano tabled a motion at council for CAO Albert Horsman to report on how the Fire/Emergency Medical Services realignment plan has progressed over its first 90 days.

Horsman was asked to outline the Fire/EMS’s ongoing risk assessment, to explain what a comprehensive risk assessment is and will be asked for a recommendation on whether one should be undertaken.