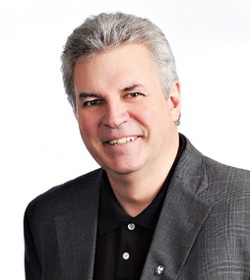 *************************
OTTAWA - Bryan Hayes, Member of Parliament for Sault Ste. Marie, on behalf of the Honourable Denis Lebel, Minister of Infrastructure, Communities, and Intergovernmental Affairs and Minister of the Economic Development Agency of Canada for the Regions of Quebec, announced that the second installment of the federal Gas Tax Fund for 2014 is being made available to support local infrastructure priorities.

With this installment, the rest of this year’s $4,351,478 is being made available to Sault Ste. Marie.

Since 2006, our Government has made significant improvements to the Gas Tax Fund:

“Through the federal Gas Tax Fund, our Government is providing stable, predictable funding so that Canadian communities can address their local infrastructure priorities. Our Government is pleased to invest in important infrastructure projects like, the Queen Street East and John Rowswell Hub Trail project, as we focus on creating jobs, promoting growth, and building strong, prosperous communities across Canada,” said MP Bryan Hayes.

To learn more about the Government of Canada's focus on jobs and the economy consult Canada’s Economic Action Plan: http://www.eap.gc.ca