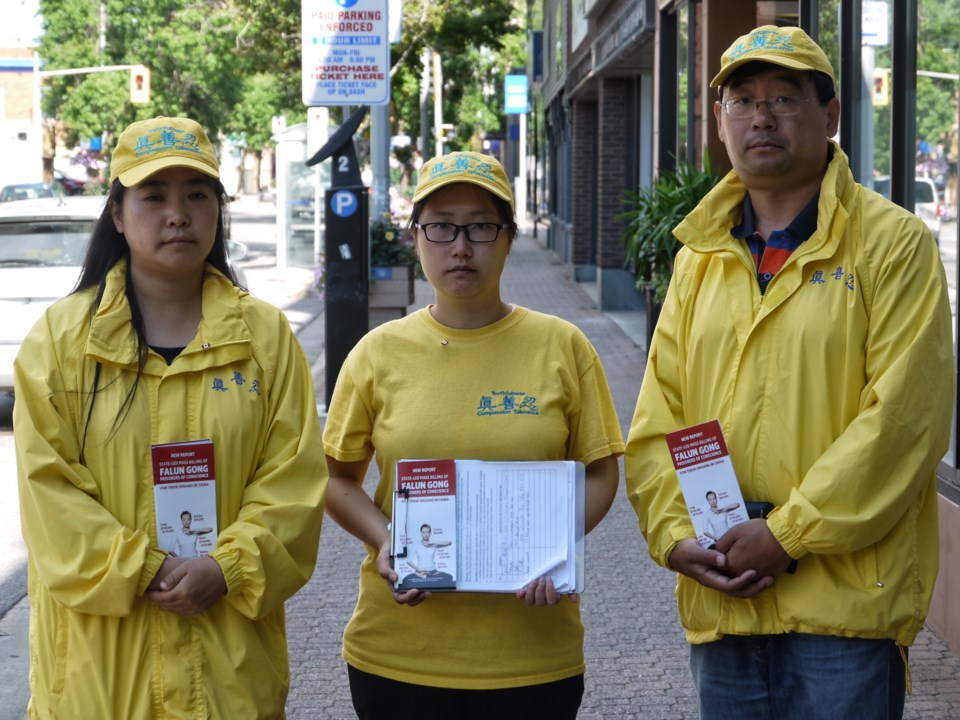 A small group of Toronto-based Falun Gong practitioners passed through Sault Ste. Marie today as part of their bid to get Canadians to condemn the alleged practice of forced organ harvesting in China.

Earlier this year, the U.S. Congress passed a resolution in the House condemning state-sanctioned forced organ harvesting and called on China to "immediately end the practice of organ harvesting from all prisoners of conscience."

It also called on China to stop persecuting Falun Gong practitioners and release those who have been imprisoned.

The action from U.S. lawmakers came after former Canadian MP David Kilgour, human rights lawyer David Matas and journalist Ethan Gutman released a new report based on research that they say shows the Chinese system performs between 60,000 and 100,000 transplants a year, while officially reporting only 10,000.

"Canadians can write to their mayors and MPs and city councilors," asking for resolutions that call on the Canadian federal government to act on the issue, said Paula Liu, who was among the group of Falun Gong practitioners who held an event in front of the Civic Centre today.

China has called the forced organ harvesting allegations "imaginary and baseless," and says the practice of using prisoners' organs has been outlawed.