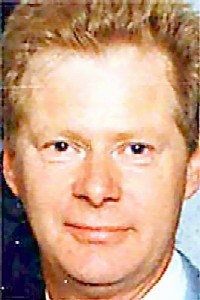 "They won't catch me, they won't find me - I'm never coming back," Robert George Poole told his brother-in-law earlier this week.

Poole (shown), wanted in connection with the brutal beating of an Edmonton prostitute and other crimes, was arrested at 9:17 p.m. Friday by Sault Ste. Marie police at a residence at 130 Albert Street West.

He was believed to have been staying at the house, Police Chief Robert Davies told SooToday.com.

Police had received information that Poole was somewhere in the area of the casino.

EDITOR'S NOTE: SooToday.com apologizes for the gesture of the young man in this image. We had difficulty getting this shot because of low light conditions and repeated attempts by one bystander to interfere with our photographer.

Poole, formerly of Dartmouth, Nova Scotia, is being held on Canada-wide warrants held by the Edmonton Police Service for aggravated assault, forcible confinement, sexual assault with a weapon and using an imitation firearm in the commission of an offence.

Edmonton Police will come to the Sault to take Poole back with them.

The Edmonton Sun reports that Poole was wanted in connection with a brutal assault on a local prostitute there.

The injured woman says she fled her assailant after he threatened her with a fake gun.

She jumping through a window, almost severing her arm on the glass.

Drivers refused to help her

The frantic prostitute ran down the street in broad daylight, bloodied and naked, and was ignored by numerous motorists when she tried to wave down help on a busy thoroughfare.

A woman in a pickup truck, Melissa McKone, finally offered assistance and called 911 on her cellular phone.

Police dispatched a tactical unit and followed the trail of blood to the house, but it was empty when they arrived.

In recent years, a number of prostitutes have been found murdered in rural areas around Edmonton, but police have not said whether Poole is considered a suspect in those cases.

For several years, Halifax Regional Police have also been seeking Poole on a non-violent minor charge.

Poole's brother-in-law Nathan Larson told the Edmonton Sun that Poole had called him last week from Wawa, saying: "They won't catch me, they won't find me - I'm never coming back."

Larson said that he believed Poole was going to Nova Scotia to see his two sons.

Was in Barrie this week

The fugitive was repeatedly using payphones to contact members of his family, asking them to send him his belongings, or to sell them and send him the cash.

Larson says he refused to help the fugitive, who called this week from Barrie.

"He says he isn't going to come back," Larson told the Edmonton Sun's Raquel Exner.

"He said he's no use to the kids. Every time we tell him to [surrender], he starts an argument about something else. Eventually he just gets fed up and hangs up."

Poole told at least one relative that he was innocent of the hooker attack, which he blamed on his roommate.

Poole was under the treatment of a psychologist and seeking to regain custody of two other children, both young daughters being kept by family members after their mother died, Larson said.

The relatives are now expected to apply for permanent custody.

Got friends in Edmonton or Halifax-Dartmouth?

To E-mail this article to your friends, use the handy link at the bottom of this page.