Mayor Provenzano offered to make a proclamation supporting the climate-change cause. But local activists say that's not enough
0
Apr 15, 2019 10:53 PM By: David Helwig 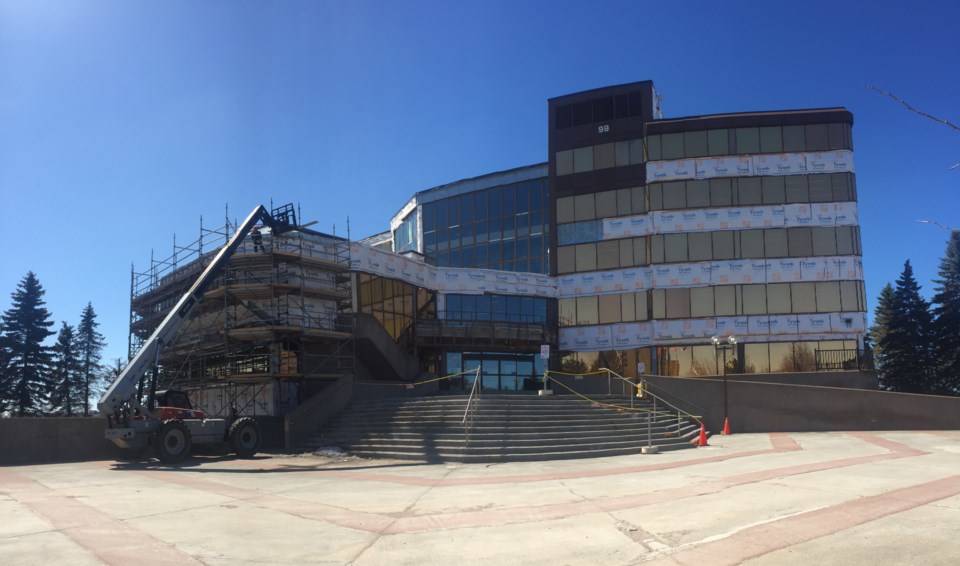 The international climate-change movement known as Extinction Rebellion had promoted Monday as the launch date for a new round of global action.

In the United Kingdom, local 'XR' organizers promised to bring "London to a standstill for up to two weeks."

In Sault Ste. Marie, a local cell of the movement and members of the Community Climate Hub were on the agenda of tonight's City Council meeting.

"Our founder, Kara Flannigan, will be speaking to City Council about passing a declaration of climate emergency," the Extinction Rebellion Sault Facebook page declared yesterday,

"It is very very important for as many of you as possible to show up in council chambers to show your support! This is a critical juncture for Extinction Rebellion Sault! Please show up for Kara, who has been working tirelessly to keep the Extinction Rebellion movement going in our fair city."

But five minutes before the start of tonight's Sault Ste. Marie City Council meeting, XR decided to remove itself from the agenda.

Malcolm White, city clerk and deputy chief administrative officer for corporate services, tells SooToday that Extinction Rebellion has so far been unsuccessful in persuading councillors to support placing a formal resolution on the agenda.

Instead, Mayor Christian Provenzano had offered to make a proclamation supporting the cause tonight.

But a proclamation wouldn't be legally binding on the city.

After a hastily called meeting in the Civic Centre's lobby, the group decided at 4:25 p.m. to pull out.

"Our submission was changed to be an environmental protection 'proclamation' with no commitment to action, so we asked for that to be withdrawn from the agenda."

"We will regroup to move forward what we think is required given the urgency of climate change. Thanks for your patience... we will keep you posted!"

An hour later, there was a new posting: "Thanks to all who came out. We have a different way to plan to keep us safe. Staying concerned and connected protects our future generations. Worth protecting."

She has led XR activists previously to City Council meetings, silently holding up placards in the visitors' gallery on Jan. 28 and Feb. 4 and 5, and singing a choral Valentine to councillors before their Feb. 11 meeting.

This week, the movement is pressuring media outlets to cover the climate crisis as an existential threat, not just as an occasional side story.

"Media outlets have a duty to convey the truth about the crisis to the public, work with scientists to educate the public on the nature of the threat, hold other decision-makers to account for inaction, and stop giving a voice to deniers and delayers," said a Halifax XR statement re-posted on the Sault XR's Facebook page earlier today.

The movement's Canadian website advised earlier this year that "we will be coordinating acts of civil disobedience from coast-to-coast to communicate the climate emergency we are facing."

Its Ontario GoFundMe page was seeking $3,000 to "allow Ontario cities to set the stage and disrupt economic activity through swarming roadblocks, taking bridges, and other escalating, non-violent methods."

An action consensus developed by the international movement prohibits violence or use of drugs or alcohol during civil disobedience actions.

"We are rebelling against extinction because our species and the many others we co-exist with are under threat," the document states.