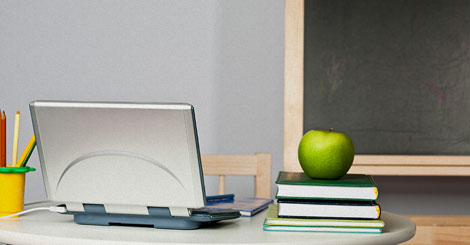 Monday, OECTA was in a legal strike position, and Bishop Belleau Catholic School in Moosonee, part of the Northeastern Catholic District School Board, will be the first school implementing work to rule beginning August 20, 2015.

With this announcement, the teachers at Bishop Belleau CS will not participate in activities that fall outside of their contractual duties.

Other schools are expected to follow suit in the coming weeks if a deal is not reached.

"We remain hopeful, but it's important that parents know there are bigger things at stake in these negotiations," said OECTA President Ann Hawkins.

Additional talks between OECTA and representatives of the government and Catholic trustees are scheduled for August 20, 21, 24, and 25.

More than 6,000 people have already voiced their support for teachers during the first three days of the Teachers Matter campaign, asking for a fair deal for teachers.

"We all want to avoid a disruption to the school year, but not at any cost," said Hawkins.

Parents are encouraged to visit TeachersMatter.ca and join the thousands of other parents who raise their hands in support of a fair deal for teachers. Because teachers matter. And how they're treated matters too.

The Ontario English Catholic Teachers Association represents more than 50,000 talented, passionate qualified teachers in Ontario's publicly funded English Catholic schools, in classrooms from JK to grade 12. OECTA cares deeply about the quality of education in our province, and we advocate for the professional and contractual welfare of our members to make sure they can focus on what they do best: teach.