And then shut down another branch of Line 5 again after a screw anchor support on the eastern leg of its oil/gas pipeline under the Straits of Mackinac shifted significantly
Jun 21, 2020 11:00 PM By: Canadian Press 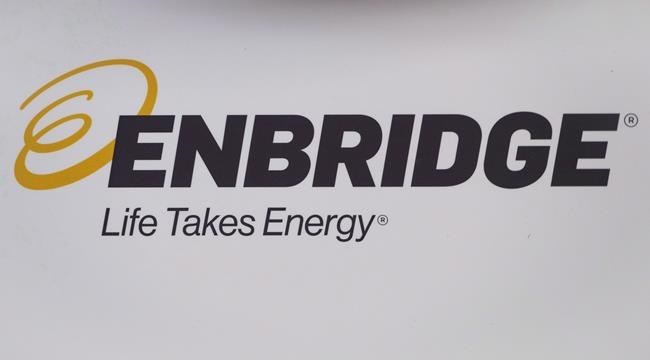 Alberta-based Enbridge says it has reopened a branch of pipeline beneath the water separating two Great Lakes after an inspection revealed no damage, but another parallel branch of the line remains closed due to shifting observed in its anchor assembly.

The company has also responded to Michigan Gov. Gretchen Whitmer's call for proof that the damage to the anchor assembly on one of the dual pipelines under the Straits of Mackinac will not pose a threat to the area.

In a letter to Whitmer on Saturday, Enbridge president and CEO Al Monaco says the company shares the governor's "commitment to keeping the Great Lakes safe" and is forwarding information about the incident on Line 5 with U.S. pipeline regulators and the state.

Enbridge closed Line 5 on Thursday after discovering that an anchor support on the eastern branch, which runs parallel to the western branch under the strait that connects Lake Michigan and Lake Huron, had shifted from its original position.

Enbridge says in a statement that it has reopened the western branch after a remote operated vehicle inspection revealed no issues or damage to the anchor structures or pipeline on that section.

"As we have verified that the west leg is not affected, we resumed normal operations on that line today at approximately 2 p.m. Eastern Time," the company's statement on Saturday said.

"The east leg will remain shut down. Our federal regulator, (Pipeline and Hazardous Materials Safety Administration), has no objections to this plan."

Enbridge says that while doing seasonal maintenance, it discovered a screw anchor support on the eastern leg shifted from its original position, which it said affected that anchor support and not the pipeline itself.

Whitmer said Friday that the damage lies approximately 46 metres from a section of the pipeline where damage to the pipeline coating was discovered on or around May 26.

She said the damage and how it occurred called into question the viability of the pipeline.

Monaco said in his letter to Whitmer that Enbridge is continuing to "assess the fitness for service of the dual pipelines" using divers and remotely operated vehicles.

"We are committed to keep the State of Michigan and PHMSA informed of new information as it develops," he wrote.

This report by The Canadian Press was first published June 20, 2020.

—With files from AP