Essar Steel Algoma is upset over a decision regarding steel dumping.
0
Jan 7, 2016 2:00 PM By: Darren Taylor 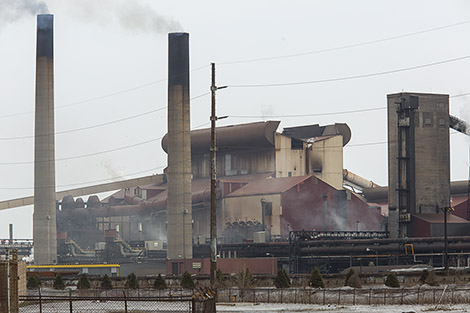 Essar Steel Algoma is upset over a decision regarding steel dumping.

The Canadian International Trade Tribunal (CITT) has determined the dumping of steel products into Canada by steelmakers in India and Russia has not harmed, or threatens to harm, the Canadian steel industry.

"We are very disappointed with the tribunal’s ruling and the serious ramifications this will have for the Canadian steel plate industry," wrote Brenda Stenta, Essar Steel Algoma manager of corporate communications, in an email to SooToday Thursday.

The announcement from the CITT, or 'tribunal,' an independent quasi-judicial body that reports to the federal government, came Wednesday.

The tribunal will announce the reasons for its findings later this month.

The complaint regarding the dumping came from Essar Steel Algoma in September and was first investigated by the Canada Border Services Agency (CBSA), which issued a determination last month that dumping on the part of India and Russia had been taking place.

"We disagree with their (the CITT) decision and will await the release of their statement of reasons before we comment further," Stenta wrote.

The decision comes as Essar Steel Algoma is in the midst of a restructuring process under the Companies' Creditors Arrangement Act (CCAA).

A "barrage of imports" from foreign steelmakers is one of the factors the company cited in seeking the restructuring.

Union did not protest Essar's skipped payment to pension plan

Province hasn't given promised money to Essar Steel Algoma. Yet

Sheehan talks to Essar CEO. He's not asked to help