Dufour on Korah library decision: 'I don't think that is the way to go about this kind of thing'

'No consultation, no notice and no opportunity for any of them to really make their wishes known'
0
Feb 7, 2019 8:00 AM By: David Helwig 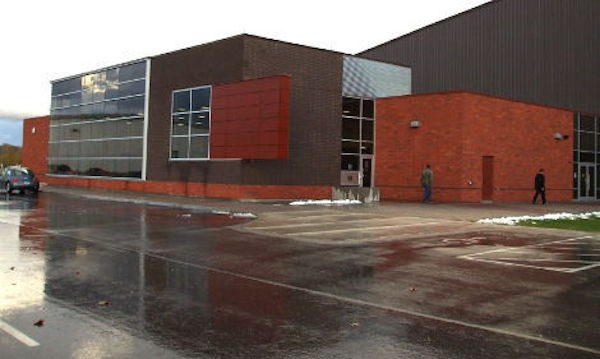 City Council voted Tuesday night to slash the entire operating cost of the Korah library from the budget of Sault Ste. Marie Public Library. The library is located in the Northern Community Centre on Goulais Avenue
Ward 2 Coun. Luke Dufour was strongly critical of a last-minute decision to pull the entire $214,810 operating cost of the Korah branch library from Sault Ste. Marie Public Library's 2019 budget.

"People's libraries are really important to them," said Coun. Dufour, who's also a member of the library's board of directors.

"I don't think that is the way to go about this kind of thing," Dufour told Tuesday night's budget meeting, pointing out that the first inkling west-end residents got about the budget cut was a SooToday article published just the previous day.

"That's a very large and significant impact that is happening to that community with no consultation, no notice and no opportunity for any of them to really make their wishes known outside of the last day, since they had an opportunity to read the SooToday article," he said.

Slashing Korah branch's operating costs from the city library budget was initiated by Ward 3 Coun. Matthew Shoemaker, who told SooToday he would "rather see two amazing library branches in our city than an underfunded three-branch operation."

The resolution Shoemaker put before City Council, however, made no specific reference to closing the Korah Branch.

That decision will ultimately rest with the library board.

"We as council cannot say you must operate two branches. We can only determine what their budget is and what they do with it is up to them," he said.

City Council decided in 2016 to eliminate the east-end library in Churchill Plaza and develop a new northern branch at the former Alexander Henry High School site.

"My belief was, the expectation was we were consolidating the branches into the northern branch, but that the Korah branch would at least stay in the interim," Shoemaker said.

City Council, which has final say over all library decisions involving leases and land purchases, voted in 2016 to close the Korah branch so its space in the Northern Community Centre could be used for seniors programming.

But councillors also directed that year that some kind of library presence be maintained in the Northern Community Centre.
Council provided no specifics on the size or nature of that presence and Director of Public Libraries Roxanne Toth-Rissanen quickly expressed hope that a branch library could be maintained there indefinitely.

"From the public library's point of view, giving away half the [Korah] branch to service the seniors was compliant with the 2016 direction that came from City Council," Coun. Dufour said.

Coun. Shoemaker pointed out on Tuesday that, while he wished to cut the Korah library's operating budget, he nonetheless proposed an overall increase in the 2019 citywide library budget.

"As long as I've been on City Council, I haven't heard as much about one issue as I have about this particular issue," said Ward 5 Councillor Matthew Scott.

"People have been reaching out to me all day, basically since SooToday posted an article. I am aware that the resolution doesn't necessarily state that we'll be closing the Korah branch, but given the dollar value being exactly their annual cost of operations, it's implied."

Niro and Ward 5 Councillor Corey Gardi expressed hope that the $214,810 in lost operating funds could be spread over the city's three library branches and a way could be found to maintain a library presence at the Northern Community Centre.