'We are not taking away any stops in the downtown' - Tom Vair, the city's deputy CAO of community development and enterprise services
Oct 16, 2020 10:13 PM By: David Helwig 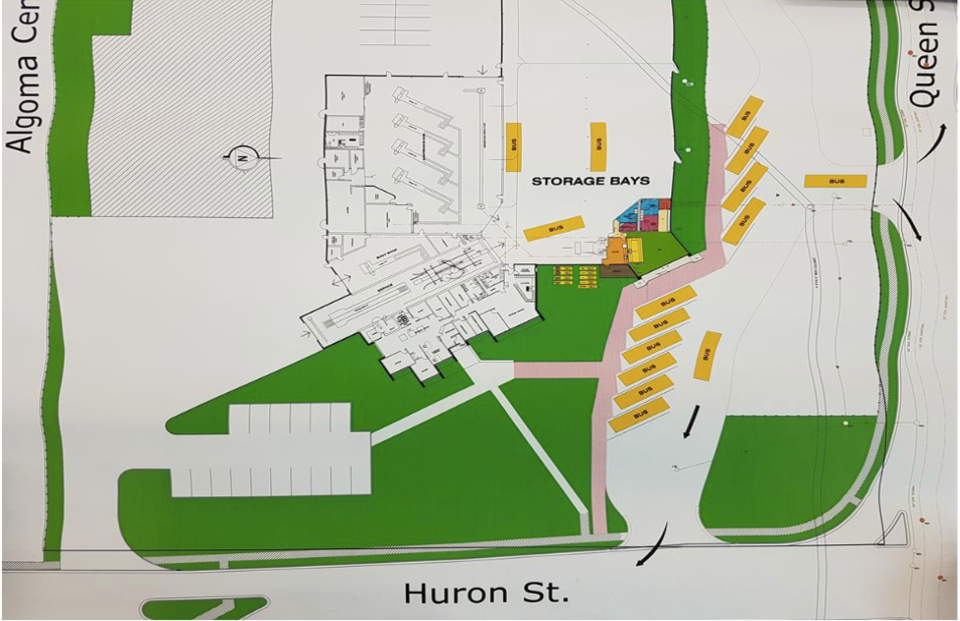 Six out of 10 downtown businesses support a proposed relocation of the Dennis Street bus terminal, even though the new location is outside the Downtown Association's coverage area.

Ashlyn McMillan, acting Downtown Association manager, told her board this week that a membership poll was taken after one property owner and his tenants expressed concern about the move.

"60 per cent of our membership was in support of moving it away from our boundaries," McMillan said.

When asked whether they'd like the transit terminal to stay where it is, 60 per cent responded no.

When asked if the proposed move (five blocks west to Sault Transit's bus barn/administration complex at Queen and Huron) would deter customers from visiting their downtown establishments, 60 per cent of property owners and tenants said no.

"It seems a new facility is what people are looking for," McMillan told this week's meeting of the business improvement area's board of directors on Wednesday night.

"People are pretty strong about the fact that the facility is older and it needs some work."

Tom Vair, the city's deputy chief administrative officer for community development and enterprise services, said:  "There are some issues with that current building that need to be addressed. There are some efficiencies and some improvements that we'll get by relocating the terminal."

"We are not taking away any stops in the downtown. The downtown will still be heavily serviced with all the stops that are there today. We think there are some benefits to this approach to the terminal," Vair said.

In July, City Council approved public consultations on the plan to move the main downtown bus terminal to Huron Street.

Councillors agreed on May 21, 2019, to seek a new location as part of a three-year Sault Transit investment plan.