Association members say the splash pad belongs in Clergue Park or possibly the Gateway area. Bellevue Park? No way!
May 10, 2017 8:00 AM By: David Helwig 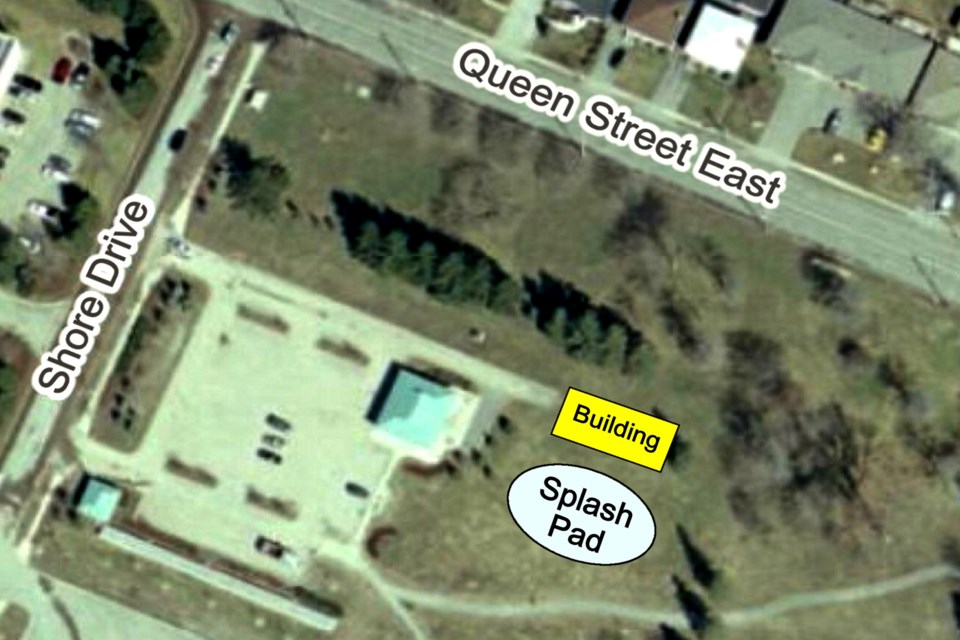 City Council voted recently to put a $575,000 splash pad in this location in Bellevue Park

The Downtown Association thinks City Council made a big mistake recently in picking Bellevue Park as the location of the city's first splash pad.

Members of the Downtown Association Board voted Tuesday night to ask city councillors to reconsider the decision.

As SooToday reported on Mar. 20, City Council approved Bellevue Park over Clergue Park after both the parks and recreation advisory committee and its splash pad subcommittee said a Bellevue splash pad would be cheaper to build, closer to other playground equipment, offering more parking.

Downtown Association members are upset City Council didn't consult them about the decision and didn't consider the city's own downtown strategic plan.

"There was almost no discussion on it," said association chair Bryan Hayes.

Cost of the project is estimated around $575,000, including water, electrical and sewer services, a building including washroom, change areas and mechanical room, splash pad (installation, lighting, landscaping, consulting fees and contingency.

The Downtown Association is hoping to get a reconsideration motion on the agenda of the May 29 City Council meeting.

Most members of the association's board are expected to attend.

A motion for reconsideration must be moved by a councillor who voted with the prevailing side.

It must be seconded either by a member who voted on the prevailing side or was absent at the time of the original vote.