The original poll, cited as evidence that most downtown businesses support the relocation, actually had just 14 votes favouring that position
Jan 28, 2021 8:00 AM By: David Helwig 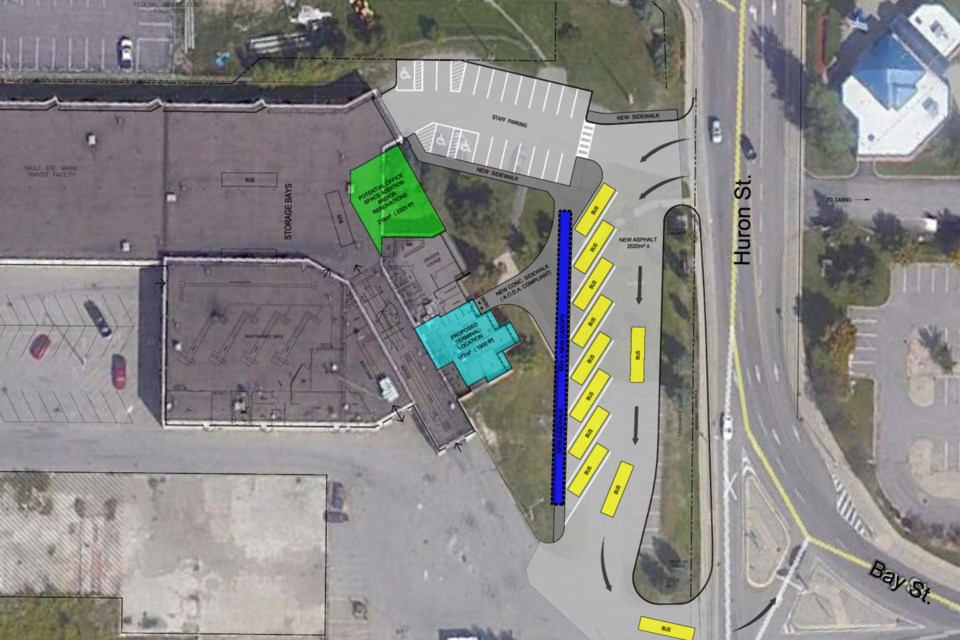 Almost four months after the Downtown Association reported 60 per cent of its members supported a proposed relocation of the Dennis Street bus terminal, the business organization is admitting its survey methodology was flawed.

"I believe we're going to re-do the survey," Salvatore Marchese, who took over Jan. 11 as the group's new executive director, tells SooToday.

"That was an error on my part. I screwed up," says Ashlyn McMillan, who served as the Downtown Association's interim manager for the past year.

It turns out only a small fraction of the membership voted in the survey, and only 14 members expressed support for the proposed move to Sault Transit's existing complex at 111 Huron Street.

"Usually when surveys are conducted, we contact by phone and visit businesses and utilize social media. This was not completed on this short survey," said Ashlyn McMillan, who until recently was the association's acting manager.

"I made a human error. I said the results of the survey so far were..."

"Instead of saying the respondents of the survey, I said the membership. That's where the error came into being, because the survey was incomplete."

"Our membership contact list wasn't completed. A lot of our members don't communicate via email. You have to call and go door-to-door."

Dr. Michael Nanne told an information meeting last week that he'd heard the Downtown Association had done a survey, but he hadn't been asked to participate at his dental practice at 212 Queen St. E.

Neither did any of the 10 other professionals working in his building, he said.

"I called a few times trying to get some of the numbers that they surveyed," Dr. Nanne told the virtual meeting.

"I still can't get the number. I think it's done online."

At this point, Ashlyn McMillan from the Downtown Association interjected: "I would like to speak on that if I could...."

But John MacDonald, a project manager from Tulloch Engineering who was chairing the meeting, abruptly cut off the Downtown Association executive.

"If you don't mind, I would like to continue with the process of organized going down the list," MacDonald told her.

Reached by SooToday after the meeting, McMillan provided us with the vote results that Dr. Nanne had been unable to get, that she had not been allowed to present to the information session.

Here are four of the survey questions, with their corresponding answers:

Do you prefer the station to remain where it is?

Do you feel this proposed move supports downtown revitalization efforts by the City of Sault Ste. Marie?

Do you feel a move to the Huron Street location will deter people from accessing your location and visiting downtown?

Interestingly, McMillan told us that some of the comments accompanying the survey questions seemed to contradict the responses given.

$670,000 is needed to renovate the existing building, not including a needed roof replacement or upgrades to its heating, ventilation and air-conditioning systems.

Just to maintain the current condition of the building, $377,000 needs to be spent over next five years, MacDonald said.

"With the transfer of the Dennis Street terminal to 111 Huron Street, the city can expect to reduce its annual operating capital cost by over $100,000 a year."

The proposed new terminal location will have lower life-cycle costs, improved safety and better communications between Sault Transit managers and drivers and maintenance staff, all with no decrease in services.

The new washrooms will comply with barrier-free standards and other accessibility requirements, MacDonald said.

"A minor revision of routes will be undertaken to transfer the start and end points of the new facility," he added.

"Consideration will be provided to servicing the area around the existing Dennis Street Terminal."

Even running additional buses down Queen or Albert Street isn't out of the question, MacDonald said.

MacDonald sees no change to the existing traffic at Huron and Bay.

Brent Lamming, the city's director of community services, said arrangements are being made at GFL Memorial Gardens for the 30 patrons who take Sault Transit to and from Soo Greyhounds games.

"What we're also looking to do there is to keep the front box office area open to have a warming area," Lamming said.

"If people just missed a bus they could stay for an extra half hour," with ushers and security there to make sure the area is safe.

From here, city officials are expected to meet with critics of the project including Tony Porco and Dr. Michael Nanne.

"There's about 170 apartment units on Albert Street – Campbell Place and Campbell North – that when they were built, most of the tenants moving in there moved because of the location," Dr. Nanne said.

"They'd only need one car or no car because of the bus stop being there and the terminal."

"I did call the superintendent of the buildings. They weren't aware of anything, of the bus moving. Maybe people like that should be be given notices."

"Unlike a new build, this is going to leave a void where it leaves," Dr. Nanne said.

Recommendations will be drafted for City Council, which will have final say on whether the move happens.

"The study is not complete. The comments and the questions and concerns that we do receive do play a very important weighting factor. We will be looking at all these things prior to us making a recommendation," MacDonald said.