Don and Josh take to the streets 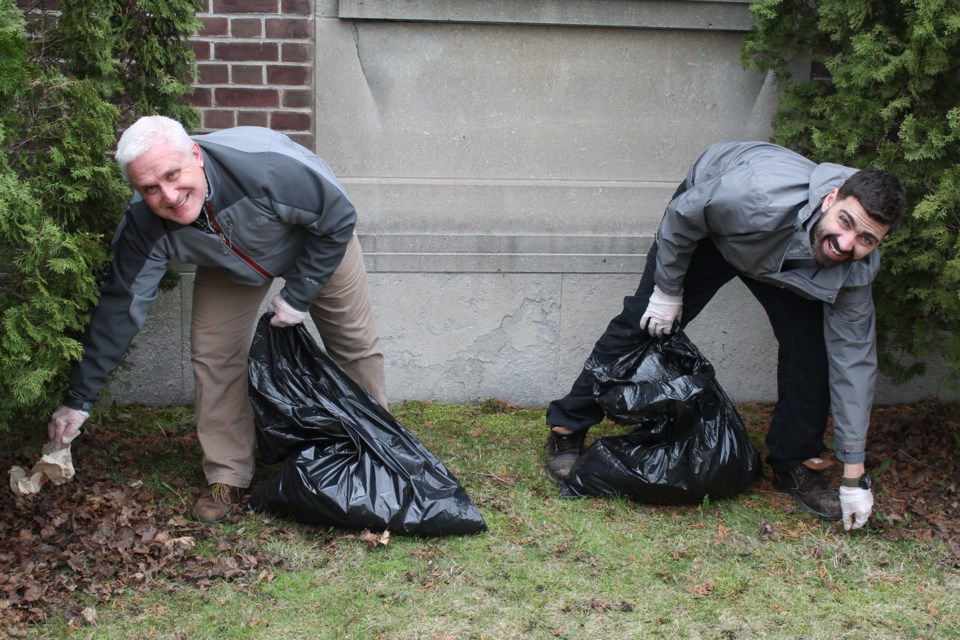 Members of the Sault’s business community gave up their traditional noon lunch hour Friday to pitch in with the second annual Earth Day clean-up.

About 10 volunteers from the Chamber, the Downtown Association and Fringe North took part in the clean-up.

“We have a beautification guy who does this every day, so we’re just getting the little pieces, small stuff,” Ingram said, after the crew set out from the Chamber offices at 369 Queen Street East.

Ingram and Williamson-Meletiou said they have decided to donate one lunch hour a month to do a quick clean-up of Queen Street, and encourage volunteers to join them.

Downtown eatery Solo Trattoria donated lunch for the volunteers who worked to pick up litter through the traditional noon lunch hour Friday.