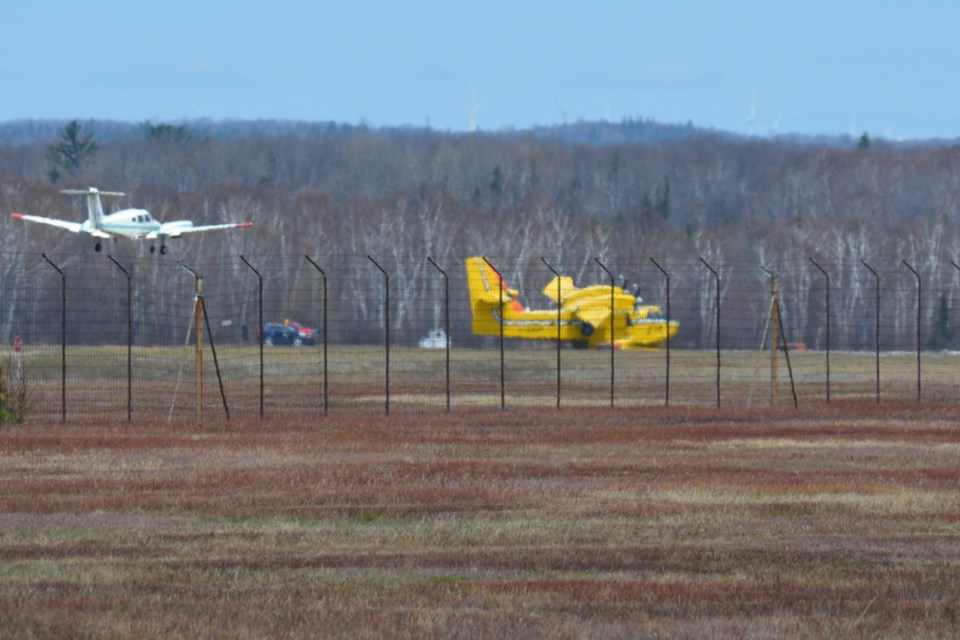 Crews are working to remove a water bomber from the runway at Sault Ste. Marie Airport after the aircraft reportedly made a successful landing without landing gear Sunday afternoon.

No injuries have been reported.

SooToday has reached out to MNRF for more information on the incident.